Agents seized nearly 14,000 fentanyl pills — an amount which only increases as 2021 advances.

He said Eddy County’s first fentanyl seizure was in the summer of 2019. For the last six months of that year, he said 1,740 pills were seized by agents.

“Under the supervision of a licensed medical professional, fentanyl has a legitimate medical use. Patients prescribed fentanyl should be monitored for potential misuse or abuse,” read the DEA’s website.

According to the DEA, illicit fentanyl, primarily manufactured in “foreign clandestine labs” and smuggled into the United States through Mexico, is being distributed across the country and sold on the illegal drug market.

“Initially in 2019, when these pills first hit, we were saying they were costing $60 a pill in the Carlsbad area,” Leos said.

Nearly two years later, he said the price dropped to $10 to $20 a pill, making them an affordable, but dangerous, street drug.

“What the drug dealers are telling us now in Carlsbad, it is harder to sell these pills because everybody has them.”

Leos said a flooded fentanyl market in Carlsbad drove down the price.

Fentanyl pills range in color from blue to dark blue and the pill can be identified by the letter M on one side and the number 30 on the other. Leos said agents were instructed to make fentanyl a priority after the first seizures in 2019.

“This one of our biggest drug threats that we have here in southern Eddy County,” Leos said.

He said users of hard drugs like heroin switched to fentanyl.

“Carlsbad has seen a substantial amount more than Artesia does as far as fentanyl use and trafficking,” Leos said.

DEA announced plans to disrupt the flow of fentanyl from Mexico into the United States with the new initiative on April 29.

“Project Wave Breaker will direct interdiction, enforcement, and outreach efforts to the El Paso Division to disrupt the flow of fentanyl in and around the United States,” said Carlos Briano, spokesperson for the DEA’s El Paso Field Division.

“The initiative will also employ analytical intelligence assets to target the activities of Mexican transnational criminal organizations, which are the primary suppliers and distributors of illicit fentanyl and fentanyl substances throughout the United States.” 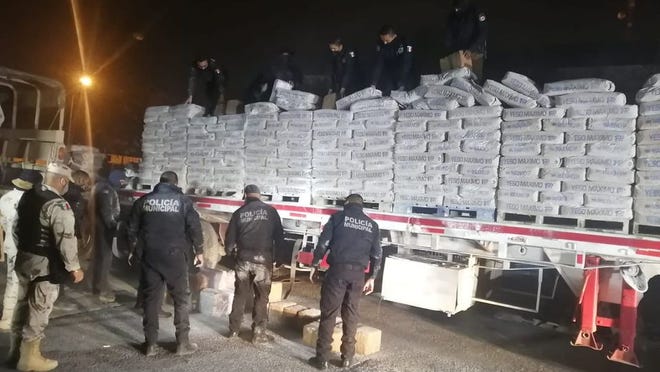 He said the operation resulted from a massive wave of synthetic fentanyl trafficked into the United States from Mexico.

Briano said DEA seized 159 kilograms of fentanyl through July of this year.

“Unfortunately, the wave of counterfeit pills laced with fentanyl has not slowed. Transnational cartels continue to flood their poison into our nation’s communities, including those in New Mexico,” Briano said.

DEA’s website indicated, fentanyl was mixed in with other illicit drugs to increase the potency of the drug, sold as powders and nasal sprays, and increasingly pressed into pills made to look like legitimate prescription opioids.

“Because there is no official oversight or quality control, these counterfeit pills often contain lethal doses of fentanyl, with none of the promised drug,” read the website.

The lethal dose of fentanyl is 2.2 milligrams, and the average amount of fentanyl in the pills DEA seize was 1.8 milligrams said Kyle W. Williamson, special agent in charge of DEA’s El Paso Division in a news release.

“There isn’t much room for error. Every pill we seize from these profit-seeking cartels is a potential life saved,” he said.