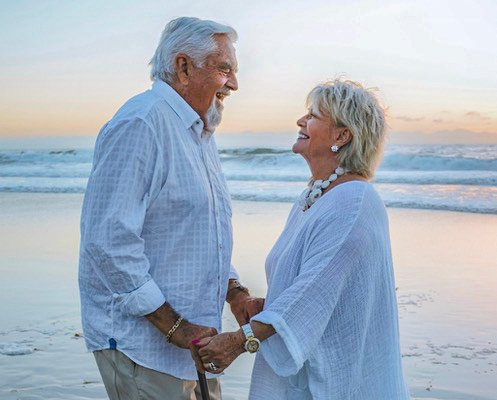 NOTE: There is a public paddle out to celebrate the life of Charles Marvin III at 4 p.m. on July 7 heading south from Stonesteps or find the overlook at Roseta Street to participate in the event from shore.

Charley Marvin spent the last half-century living in the community he loved and for which he volunteered up until his passing on May 16, 2021.

His love for the eclectic North County community began when he moved from Manhattan Beach in 1971 to become a partner in the San Diego law firm of Higgs, Fletcher & Mack.

To fully immerse himself, he quickly scooped up properties along Coast Highway 101 to capitalize on his hunch that Leucadia would become what it is today; a sleeper of a beach town that has grown into a thriving beach enclave, rich in the arts and community.

As a resident of Neptune Avenue, Charley spent his mornings bodysurfing in his “front yard” on a daily basis through the 80s. He also cycled the coast route from Leucadia to Oceanside for over 30 years.

During the years he lived, worked and volunteered in Leucadia, Charley took pride in watching the city evolve into a highly desirable location for travelers and residents, all while preserving its funky character. His famous saying, “Leucadia is a State of Mind,” is well known among his friends and peers!

Charley was a founding board member of Leucadia 101 MainStreet Association (L101). Watching the Leucadia Streetscape finally become a reality gave him much honor and satisfaction. He hoped to see the El Portal underpass construction begin before his number was called, and he did!

“Everyone in Leucadia knows Charley,” says Kevin Doyle, current president of L101. “He was laid back, but driven, and always had a clear vision of who and what we could be. Over the years Charley mentored so many of our thought leaders here in Encinitas, and his enthusiasm for our town lives on in them. I can still close my eyes and ask him for advice, and hear his voice in my head, saying, ‘Let’s just get it done!’”

“I had only spoken with Charley a few times before I got a call from him asking me and a few others to help establish L101 way back when,” says Fred Caldwell, also a founding L101 board member. “We didn’t always see eye to eye on issues, but he sensed our hearts were in the same place for the betterment of our community. Over the years we were able to realize many positive community accomplishments such as 101 median improvements, better sidewalks, a thriving weekly Farmers Market, LeucadiArt Walk, Taste of Leucadia, Facade Grant programs, an office with paid staff and so on. Charley loved Leucadia and there’s plenty of lasting physical proof for that. He will be a hard act to follow and missed by many.”

Charley was also an active member of the Encinitas Rotary for several decades.

Charley was an attorney in California for nearly 40 years. From 1984 until his retirement in 2005, he practiced real estate and business law as a solo practitioner from an office in Cardiff overlooking the Pacific Ocean.

After retirement, Charley was a prolific writer. He published “The Tuesday Morning Gang Anthology” which chronicles the lives of local surfing, paddling, bodysurfing, business pioneers and others who met every Tuesday morning at Cardiff Seaside Market. He also wrote tens of thousands of pages about his family and the community. “Leucadia Tales – A Whimsical History of Leucadia,” will be published in the future.

There will be a public paddle out in front of the family home on July 7 at 4 pm to celebrate Charley’s life.  Join the celebration by heading south on the beach from Stonesteps and arrive by 3:45 pm. For those who want to participate from the shore, the overlook at Roseta Street offers the best vantage point.

In lieu of flowers or gifts, please consider making a donation on behalf of Charles Marvin III to the Leucadia Arts and Cultural Foundation.