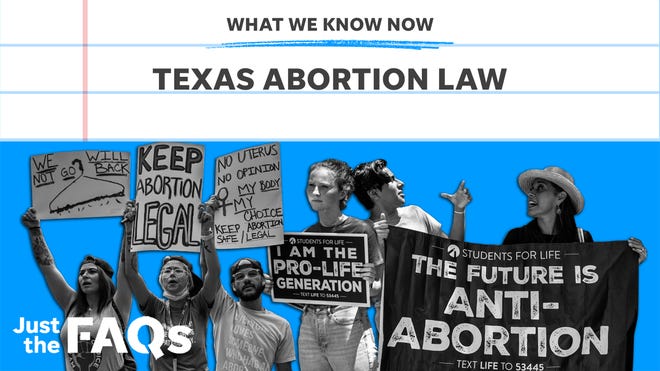 While New Mexico has some of the U.S.’s least restrictive abortion laws, many in rural parts of the state cannot easily access the service.

It is difficult to find abortion care outside of Albuquerque or Las Cruces, said Reproductive Rights Attorney for the American Civil Liberties Union (ACLU) Ellie Rushforth.

Ninety-one percent of counties in New Mexico do not have a facility that offers abortion care. Santa Fe, Bernalillo and Doña Ana are the only counties in the state that have such clinics.

Rushforth said one in four women will access abortion care in their lifetime. A study conducted by the The Guttmacher Institute found that 23.7% of women in the U.S. will have an abortion by the time they are 45.

In parts of southeast New Mexico people may have to travel over 200 miles to reach the closest healthcare provider that offers some form of abortion care, according to abortionfinder.org, a website operated by Power to Decide, a nonprofit campaign aimed at preventing unplanned pregnancy through sexual health and contraceptive education, according to its website.

Data shows that when “abortion is illegal or highly restricted, pregnant people may resort to unsafe means to end an unwanted pregnancy, including self-inflicted abdominal and bodily trauma, ingestion of dangerous chemicals and reliance on unqualified or predatory abortion providers,” according to the American College of Obstetricians and Gynecologists (ACOG).

Twenty-five million women around the world resort to these unsafe practices every year leading to an average of 44,000 maternal deaths annually, the ACOG stated on its website.

While New Mexico is one of the few states that allows low-income patients to use state Medicaid funds for abortion care, those seeking the service may still need help covering additional expenses.

“There’s childcare expenses, there’s travel expenses like gas, lodging and food. All of those things put together are barriers for people who are on a fixed income or making minimum wage to be able to get access to care,” Sanchez said.

Organizations like the New Mexico Religious Coalition for Reproductive Choice (NMRCRC) and the Santa Fe National Organization for Women offer some financial assistance for lodging, transportation and meals.

The Mariposa Fund offers assistance to undocumented persons who face additional obstacles such as fear of deportation, lack of access to health insurance and linguistic barriers. All three organizations help people access care in Albuquerque.

While Albuquerque clinics have welcomed persons seeking abortion care, anti-abortion activists and politicians have fought to prevent it from happening regions they represent within New Mexico, particularly in conservative bastions of the state.

Local governments in Lea, Roswell and Eddy counties adopted resolutions to support life at conception in 2019. In Eddy County the Board of Commissioners declared the county a “sanctuary for the unborn,” that same year. None of these counties have an abortion clinic.

The Farmington City Council failed to pass a similar resolution in October 2019.

Other local governments from Florida to North Carolina introduced similar resolutions and ordinances, according to a University of West Florida report.

Access to abortion for New Mexicans may have been aided by the COVID-19 federal response via regulations that broaden general medical access.

Police:New Mexico officer in anti-abortion ad ‘against his wishes’

Telemedicine became an option for people to seek medical care while reducing the risk of community spread. The U.S. Food and Drug Administration (FDA) also temporarily allowed abortion pills to be mailed to patients.

This has allowed medical providers to offer some forms of abortion care remotely. Sanchez said it is still unclear if this will continue after the pandemic, but the FDA is reviewing this policy for future use.

Women in rural parts of New Mexico can still rely on their primary care doctor and local health clinics for referrals and basic care, but it may vary depending on the provider, Sanchez said.

Texas Gov. Greg Abbott signed the “heartbeat bill” in May, which banned abortions as early as six weeks.

In 2018, 22.2% of abortions performed in New Mexico were for out-of-state residents, according to CDC data.

From 2018 to 2019 the NMRCRC helped 335 women access an abortion appointment — only 18 were from New Mexico. Forty percent of women the organization assisted were from Texas, according to a report on the the NMRCRC website.

“We know that other states have been slowly but surely chipping away at access to abortion care in their own states, so people from a variety of places have been coming to New Mexico to access it here,” Sanchez said. “New Mexico has and will remain to be a place where we are opening our hearts and our doors for people to get the care that they need.”

Sanchez said healthcare professionals and activists in the state are working to accommodate to the potential increase in out-of-state patients as much as possible.

The history of abortion law in New Mexico

In 1969 New Mexico passed a law that criminalized abortions that were not considered a “justified medical termination.” This included medical complications that put the mother’s life at risk, the child was expected to have a severe physical or mental defect and pregnancies that resulted from rape or incest.

The law required a special hospital board to certify that an abortion was medically justified before allowing the procedure.

In 1973 the U.S. Supreme Court ruled in Roe v. Wade allowed New Mexicans to access abortion services, even though the 1969 anti-abortion law was still in place.

In 2008 the New Mexico House of Representatives introduced the state’s first abortion-rights bill, but it died on the floor within four days of the regular legislative session.

“A woman has the right to make decisions about her own body,” Lujan Grisham said in a news release after singing the bill.

“Anyone who seeks to violate bodily integrity, or to criminalize womanhood, is in the business of dehumanization. New Mexico is not in that business – not any more.”

Elizabeth “Liz” Stefanics (D-39) was the only state senator representing southeast New Mexico that voted in favor of SB 10.

More:New Mexico advocates are ‘anticipating an influx’ of patients after Texas abortion law

“The new law is an immoral, dangerous one–a law that allows late-term abortion and offers no protections for girls, women, or health professionals,” said Chairman for the Republican Party of New Mexico Steve Pearce in a news release after the bill was signed.

“It permits the murder of the unborn, endangers the health and lives of women, and eliminates any conscience provision to allow a doctor to opt-out if he or she opposes the procedure on moral, ethical or religious grounds,” Pearce said.

The Republican Party of New Mexico could not be reached for comment.

Earlier this month the U.S. Supreme Court upheld Texas’ abortion law, the “heartbeat bill,” banning most abortions after six weeks in the state.

Abortion-rights activists across the country expressed concern about what that means for the Supreme Court’s 1973 Roe v. Wade ruling.

Rushforth said that is why it was critical for New Mexico legislators to pas SB 10.

“What we’ve seen with the passage of the Texas abortion ban and the Supreme Court’s inaction is that they are not only ready, but willing to undermine the protections of Roe vs. Wade,” Rushford said.

The upcoming case Dobbs v. Jackson Women’s Health Organization may require the Supreme Court of the United States to decide whether all bans on pre-viability abortions are unconstitutional, potentially overturning Roe v. Wade.

“To me that was the most reprehensible bill I have ever seen,” Ezzell said.

Ezzell said the New Mexico GOP’s efforts to restrict abortions in the state were not successful.

“We have tried that. We cannot get it out of committee because of the other side of the aisle’s stance on what the governor wants,” Ezzel said.