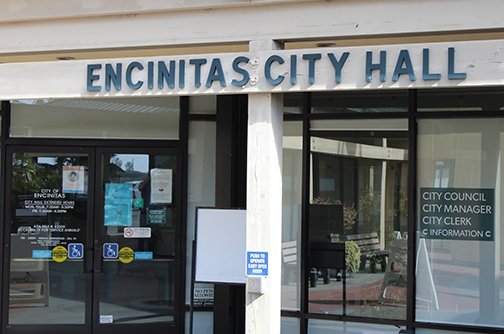 ENCINITAS – The Encinitas Planning Commission has agreed to continue discussion on amendments to the city’s municipal code pertaining to an increase in inclusionary housing percentage requirements to their next meeting.

The item was discussed at the commission’s March 18 meeting before being continued to their April 15 meeting. When the item was added to the consent calendar prior to that meeting it drew questions and confusion from the public and from the commission.

The commission instead agreed to continue the item to its next meeting on May 6.

At the Thursday meeting, Roy Sapa’u, assistant director for development services for the city of Encinitas, explained the reasoning for the requested continuance was due to issues with a lack of staff bandwidth and upcoming full commission agendas.

“Unfortunately the item is being continued, solely due to staff workload,” Sapa’u said. “On April 7 the city council considered the housing element and that was a priority for staff and we focused all of our resources on ensuring we completed that effort.”

Sapa’u continued by saying the meetings in May were already loaded with different public hearings which lead to the recommendation of continuing the item off calendar without a set date but with the intention to re-notice in the future. After receiving information on items being moved into meetings in June, Sapa’u said, staff then recommended the inclusionary item be moved to May 20.

Staff was requesting more time to review the analysis presented by Commissioner Kevin Doyle at the March 18 meeting with consultants.

“It’s part of the discussion for what was being recommended so it’s important for staff, and the public, for us to be able to vet that information presented by Commissioner Doyle,” Sapa’u said.

“We gotta get this straight, we’re the discretionary body,” Ehlers said. “We need to have that decision within our purview and if you need extra time you need to come back and ask us.”

Ehlers also pointed out some analysis and reviews he would have liked to have seen done by the consulting firm, Keyser Marston Associates, that the commission was previously told was not possible due to funding.

Commissioner Steve Dalton, giving his view on the situation, saw no malicious intent on the side of staff in their decision to recommend the continuance.

“I see no evil intent here; this is purely just schedule management by the planning department,” Dalton said. “So I’d be happy to continue it.”

Ehlers however also was concerned with what he perceives as an inconsistency for the explanation as to why staff made their original recommendation.

On top of the explanations of the staff’s workload and management of the commission’s agenda, at the Encinitas city council meeting Wednesday night Sapa’u also told the council that the California Department of Housing and Community Development sent the city an email regarding the planning commission’s discussions on the inclusionary housing percentage.

“They requested that we provide additional incentives if we choose to increase our inclusionary to 50%,” Sapa’u said. “Basically what we have today in our inclusionary ordinance does not meet their intent so that’s one of the reasons that we continued the item.”

Ehlers continued with strong words for how he sees city staff’s role is in these commission discussions.

“I feel like I’m arguing against an opponent who is controlling the game and staff is taking a position against this idea,” Ehlers said. “And I don’t appreciate that because the discretion is this commission’s not staff’s. Staff needs to be neutral on this.”

Ehlers ultimately made the request to move some of the items currently scheduled for the May 6 meeting to a later date so the inclusionary item could be placed on that agenda for discussion. The motion was made, seconded, and agreed to unanimously by the commission.