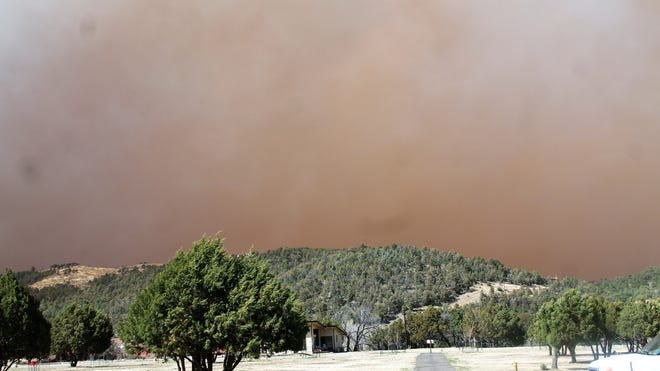 Maxwell reported on a travel reimbursement to an Otero County Commissioner that led to questions about how the County ensures its stewardship of public funds, the use of its resources and whether or not a local elected official was abiding by state and county statutes.

“This is some local watchdog reporting at its finest. I couldn’t believe how this story kept snowballing. It shows the importance of keeping an eye on our elected leaders at all levels, and I wonder whether this story would have gained national attention with this ongoing, local reporting,” the judge wrote.

Maxwell was also awarded second place for Best Breaking News – Digital in the Weekly Newspapers All Classes category for her coverage of the Three Rivers Fire which burned over 7,000 acres in Lincoln National Forest in April 2021. That reporting was published in the Ruidoso News, and its sister papers throughout New Mexico.

The article, published in the Alamogordo Daily News and its sister papers across New Mexico, explored data on the number of criminal cases moving through Otero County’s courtrooms. Hedden reported on how local criminal justice leaders and mental health advocates statewide saw links between mental health and addiction to the high number of cases being heard.

The judge wrote: “Impactful journalism that mixes data and solid reporting. The investigation doesn’t stop at anecdotal evidence but shows systemic problems with both the mental health and justice systems. A great model worth repeating elsewhere.”

Hedden is an investigative, energy and environmental reporter at the Carlsbad Current-Argus who covers issues of interest to southeast New Mexico.

The Alamogordo Daily News competes in the Daily Class 2 category the NMPA Better Newspaper Contest, which is reserved for publications with less than 10,000 circulation.