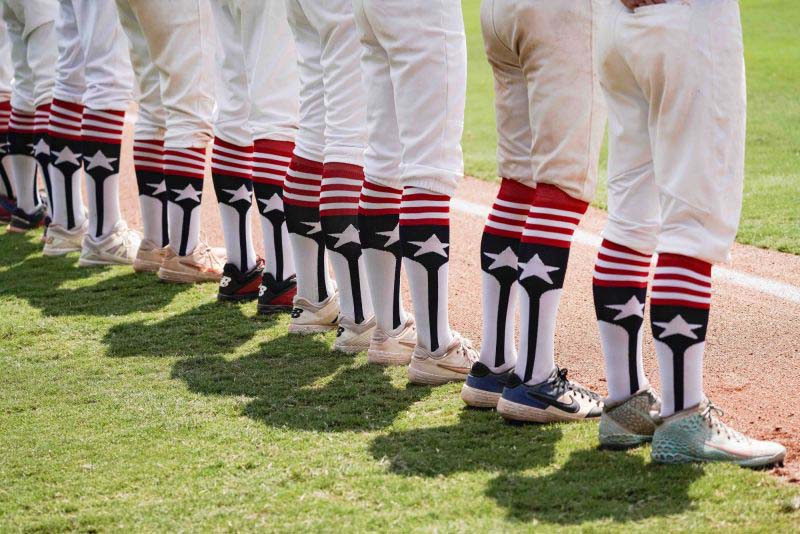 ENCINITAS — Among the many things Peter-Rolf Ohnstad, the post commander for American Legion Post 416 in Encinitas, is passionate about is the American pastime: baseball.

One of the first things Ohnstad looked to do when he took over the post was bring back American Legion Baseball, which has been missing in San Diego for decades.

American Legion Baseball was established in 1925 to give young, amateur players, mostly high school players, another opportunity to play baseball and further develop their skills and leadership abilities.

The first year of its reincarnation, in 2018, Ohnstad and his partners in the initiative thought they would be lucky to get four teams.

“It exploded to 13 teams that first year,” Ohnstad said. “We were digging into our pockets saying we’re going to make this happen. We made this commitment, and these kids want to play.”

At the end of the first season, they had $35 left over in their funds.

The following year they were able to raise funds for 22 teams, still holding to the commitment that no player must pay to play in the league. Ohnstad now has committed to raising $100,000 every year for American Legion Baseball, which pays for everything from the umpires to the uniforms.

“It’s tough but we’ve taken on that task,” Ohnstad said. “Sometimes it’s tiring when you’re always out there trying to find the next donor. But we have had some very gracious donors.”

In the first year they received donations from the Lake Elsinore Storm, a minor league affiliate of the San Diego Padres, and some major league baseball scouts.

Ohnstad was interested to hear from the scouts, who said they were happy to help the group get American Legion Baseball back in San Diego because they were not fans of travel baseball.

“And I know the reason why,” Ohnstad said. It’s because all of those kids have already paid their way into the game. And scouts are looking for those gems that nobody else is looking at.”

According to Ohnstad, having the Legion teams to look at gives major league scouts that many more chances to look at talent while at the same time giving kids who may not have had another chance to showcase their abilities an opportunity to do so.

Ohnstad’s budget for this year is up to $113,000 but fundraising is not something he ever expected to do after his time in the service.

During the Vietnam War, Ohnstad served aboard several ships in the U.S. Merchant Marines before beginning flight training with the Navy in 1970. After finishing his Navy service in 1978, Ohnstad came to San Diego to work for General Dynamics, helping on what would become the Tomahawk cruise missile.

Ohnstad returned to the Merchant Marines in 1981 until his retirement in 2004, serving as captain and delivery master for several ships.

Taking what he learned from those years of service, Ohnstad now is hoping to deliver San Diego a national championship team in American Legion Baseball.

“We haven’t even had a national champion from the state of California since 2000,” Ohnstad said. “That’s ridiculous. I know we have better baseball players here than any other place in the country.”