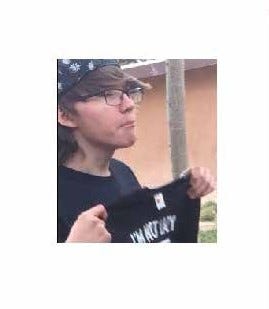 Smith didn’t release the exact location where Parsons was found.

He was last seen on the afternoon of March 29 at the school at 1002 West Richardson Ave. near Main Street, read an Artesia Police Department’s Facebook post.

More:Police looking for man who went missing in April

Friday, New Mexico State Police issued a Brittany Alert for Thalia Carnero, 18, of Loving. She was last seen April 1 around 5 p.m. in the 700 block of Beech Street, per information released by State Police.

Officer Frank Methola of the Loving Police Department said she was found Saturday on a residence on Fifth Street in Carlsbad after Carlsbad police received an anonymous tip.

He said Carlsbad officers picked up Carnero and held her until Loving officers arrived to take her home.

“Her mom was so happy and thrilled she was back home,” Methola said.

According to the New Mexico Public Safety Department, a Brittany Alert means a notification relating to an endangered person, who is missing or whom there is a clear indication that person has a developmental disability as defined in state statute and that the person’s health or safety is at risk.