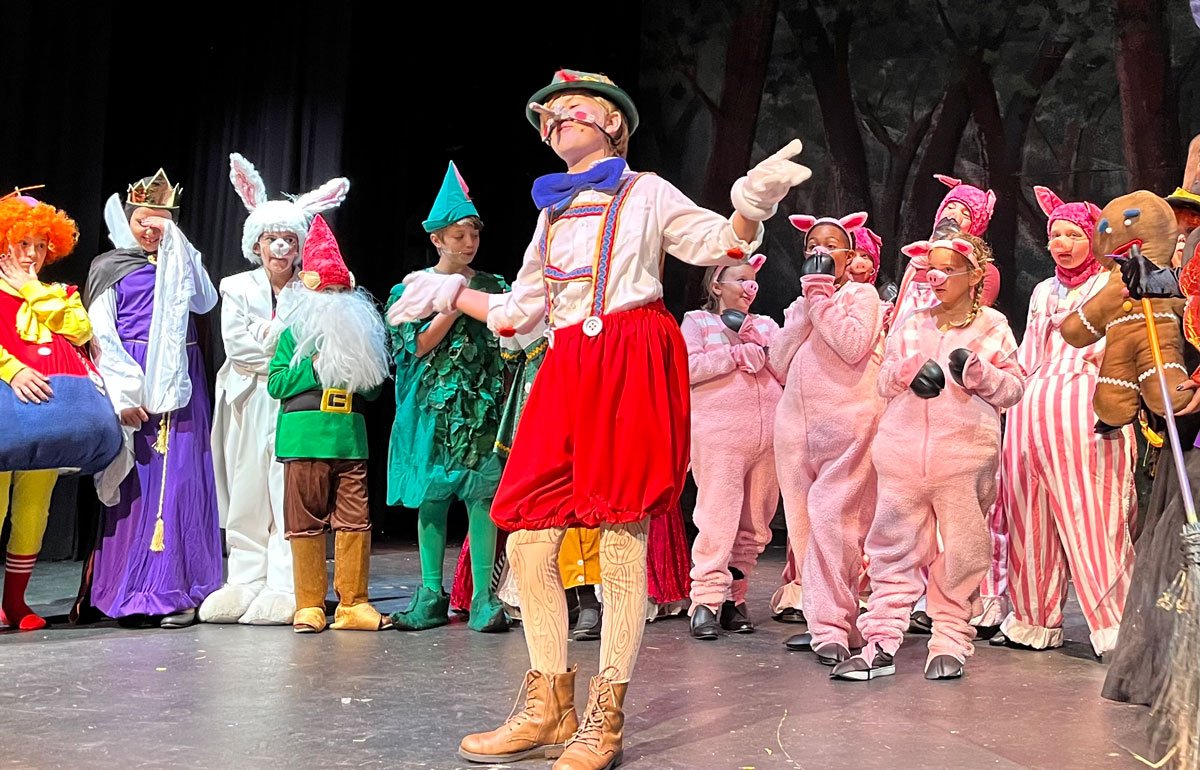 OCEANSIDE — Opening night sold out for Oceanside Theater Company’s production of “Shrek The Musical,” the first musical to return to the historic Brooks Theater stage after 18 long months.

Oceanside Theatre Company, the resident theater company at the Brooks, resumed its Youth Outreach Program, in partnership with Boys & Girls Clubs of Oceanside, just over nine weeks ago when work on Shrek first began.

Over the past two months, 36 local cast members between the ages of 8 and 18 have spent long hours memorizing their lines and learning more about how theater production works. While some of the cast members have had past experience with theater, this show is the very first for many of them.

“Probably half of them have never done this before,” said director Sharon Duchi.

Many of the cast members also participated in Oceanside Theatre Company’s summer camp earlier this year, which introduced kids to the stage in a Broadway showcase production but not a full musical like Shrek, which requires much more work involving sets, costumes and other moving parts.

Parents new to the theater world with this show have also been learning how a musical production works, like the meaning behind “tech week” and its longer rehearsal times during the week leading up to the opening night.

Based on the Dreamworks Animation film, “Shrek The Musical” is a Tony-award-winning production that retells the film’s story including all of the classic characters from the first film. The local theater company’s production has more than 100 costumes, Duchi said.

Sharon Duchi and co-director and choreographer Anna Duchi, who is Sharon’s daughter, chose Shrek as this season’s show because of its funny, entertaining story.

“We just really needed a fun, lighthearted show to do with these kids,” Anna Duchi said. “We were already familiar with it so we knew it would be easier to jump into.”

This is Sharon Duchi’s third time directing the show.

Many of the experienced cast members are also happy to get back to the stage.

Before closing a recent show in Carlsbad a few weeks ago, Palomar College student Brenna Farris, who plays Fiona, hadn’t been on stage in over a year and a half.

“I love working with kids, which is always a highlight of it for me, and I also just love performing and getting to interact with people,” Farris said. “It’s so great to have a theater family again.”

Many of the cast members are also members of the Boys & Girls Club due to its partnership with OTC, which helps expand the theater’s reach to students who maybe didn’t know they were even interested in theater before.

Earlier this year, 60 Boys and Girls Clubs of Oceanside members got to tour the theater to help expose them to the arts.

“A lot of them have never even stepped foot into a theater before,” said OTC board member Leann Garms.

According to Garms, many of the kids are incredibly shy when they first start, but after a few weeks, they start to open up and completely change when they’re on stage.