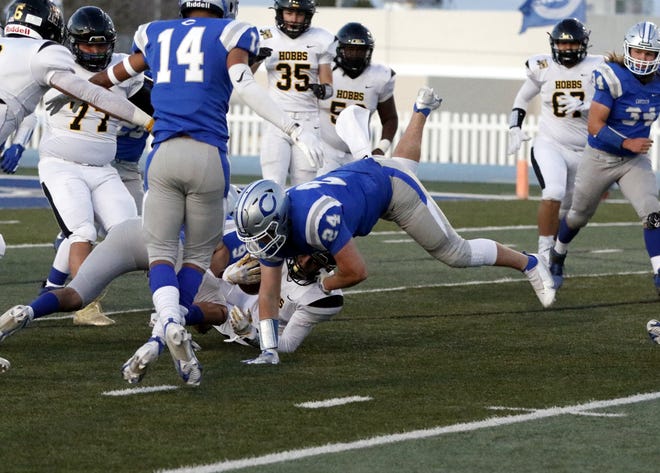 The Carlsbad Cavemen and Artesia Bulldogs struggled at times throughout the COVID-19 shortened season, but had enough playmakers to earn nine All-Star football nods.

Daniell finished second on the team with 26 total tackles. The senior recorded one interception, one forced fumble and a fumble recovery in his four games.

Cox threw for 1,172 yards, 11 touchdowns and five interceptions for the Bulldogs. He ran the ball 38 times for 135 yards and scored four rushing touchdowns.

Barrera led Artesia in rushing attempts (71), yards (452) and touchdowns (8). He was the lone Bulldog to eclipse the 100-yard rushing barrier this season and did it twice. Barrera also had four successful two-point conversions and was second on the team with 52 total points scored.

Rounding up the Bulldog All-Star selections are senior offensive lineman Marcos Tavera who was named to the 2nd Team and senior defensive lineman Robert Morales who was an honorable mention.