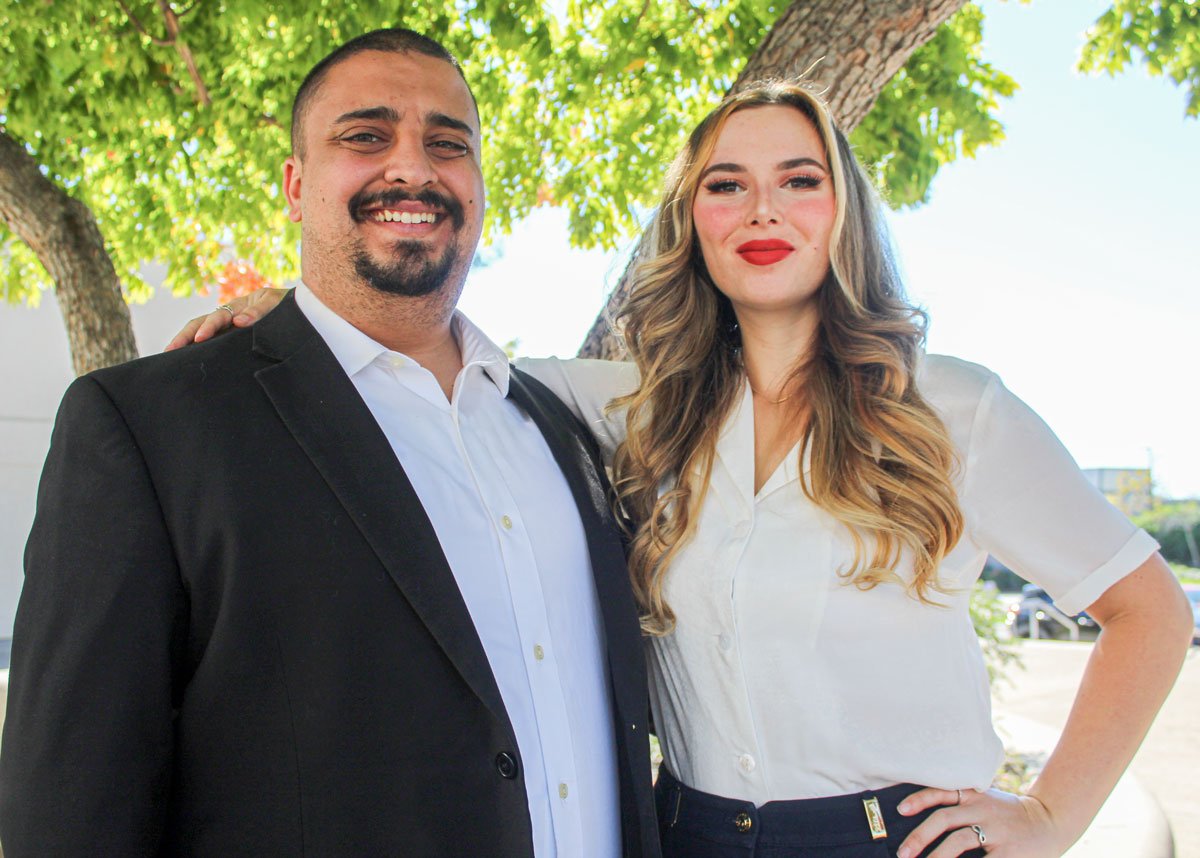 CARLSBAD — For the past year, a local coalition of social activists forged after the murder of George Floyd, has made an impact in the city, from organizing protests to helping law enforcement rethink and revise its de-escalation policies.

The Carlsbad Equality Coalition was born out of the tumultuous days and weeks of protests following Floyd’s death at the hands of a Minneapolis police officer in May 2020. Keyrollos Ibrahim and several others who spearheaded the group organized three days of protests and marches down Carlsbad Boulevard.

But the group’s planned peaceful demonstrations were attacked from both sides of the political aisle. The attacks from the left were a shock to Ibrahim and others, such as Maggie Munn, who loudly criticized the group’s supposed Democratic allies, such as former Councilwoman Cori Schumacher.

Businesses on State Street boarded up in preparation for the group’s demonstrations. And Schumacher’s social media post about white supremacists organizing a rally on the same day led to outrage from the newly-established coalition.

Regardless, Ibrahim said the group worked through the challenges, successfully leading three days of peaceful protest without incident. Still, the situation was intense and many speakers dropped out due to the vitriol and blowback.

Since then, they have worked to create a citizens review board for the Carlsbad Police along with the de-escalation policy. In the meantime, the Carlsbad Equality Coalition is working on its own transition while it waits for approval of its 501(c)(3) application.

Ibrahim, who studies law at St. John’s University in New York City, is changing to a role on the organization’s board of directors while Aly Vredenburgh, a 24-year-old graduate student at the University of San Diego, will take on the day-to-day responsibilities as president of the organization.

“Empowerment needs to happen,” Vredenburgh said. “We want to recruit other young, passionate people like us. The biggest key to success is passion, especially when it comes to social innovation.”

Vredenburgh said one of her passions is social work, hence the master’s program in social innovation, and working to help solve the homeless problem. Vredenburgh is also working to increase the Carlsbad Equality Coalition’s membership, which has ranged anywhere from one to 50 members, and believes there is room for the organization to grow.

Still, Ibrahim and Vredenburgh said the group will strive to work with others on the opposite side of any given issue. Ibrahim pointed to the group’s successful collaboration with Carlsbad law enforcement, noting Chief Mickey Williams and Lt. Reid Shipley invited the group and others to learn about police policy and protocols.

Ibrahim said those interactions with police opened minds and changed perspectives, leading to more trust, open communication and the ability to swap ideas. Ibrahim praised Williams and Shipley for their efforts, but also noted the department was already working on updating its policy and needed to get ahead of those changes.

“We want to empower people to pursue projects at the local level,” Ibrahim said.

But the Carlsbad Equality Coalition said it also wants to give back. Last year, the organization received thousands of dollars in donations to organize a hygiene drive for the homeless and already has plans for another similar effort in the coming months.

Vredenburgh said she is working on a speech competition for middle and high school students in January focusing on topics related to equality and justice.