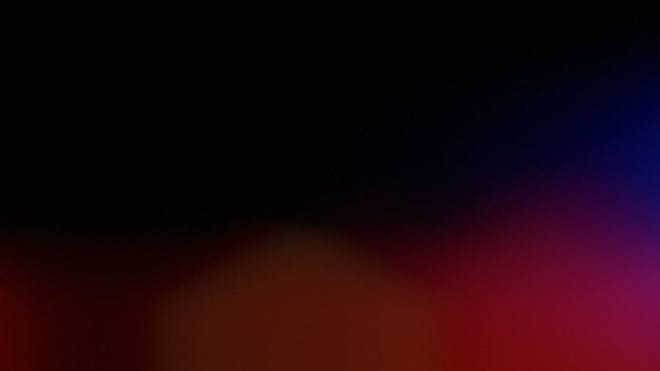 CARLSBAD — About noon Tuesday, Sept. 28, Brent Sullivan was found lifeless in a shed on his grandmother, Kellie Smith’s property.

The 12-year-old boy had overdosed on fentanyl, according to Carlsbad Police Department records. It wasn’t the first time he’d overdosed, according to his family, but it would be the last.

Brent’s grandmother and mother would later tell police that he’d been taking the powerful, illicit drug for “months.” He took the fentanyl from the stash his mother and grandmother kept the grandmother’s home on 2419 Western Way, court documents indicate.

Kellie Smith and her daughter Alexis Smith — Brent’s mom — have each been charged with multiple felonies related to the boy’s death.

Kellie, who was released from jail following a drug charge just weeks before Brent’s death, is still in jail as of Oct. 8. On Oct. 4 District Judge Eileen Riordan issued conditions of release which have not yet been met.

Alexis remains in jail after waiving her pretrial detention hearing.

Smith was granted a $10,000 unsecured bond and was ordered not to possess firearms, consume alcohol or illegal drugs and submit to drug and alcohol testing with the Eddy County Detention Center’s (ECDC) Alternative Sentencing Unit (ASU) in that case.

She was released from detention Sept. 8.

The charge of child abuse was based on the presence of Alexis’ 18-month-old daughter at the home where Brent died.

While being processed for the charges related to Brent’s death, Kellie tested positive for methamphetamine and benzodiazepines and was subsequently charged for failure to comply with condition of probation, according to an Oct. 6 memo from Alternative Sentencing Unit Sgt. Joe Barraza to Eddy County Magistrate Judge Kelly Calicoat.

“By testing positive for illegal substances, Ms. Smith was in violation of her court ordered conditions of release,” the memo read.

Eddy County Detention Center Warden Billy Massingill said Kellie was issued the warrant for the charge while detained on the child abuse charges at the county jail.

Court records indicated she was scheduled to appear at a preliminary examination before Calicoat at 8:30 a.m. Oct. 27 for the probation violation.

“Judge Riordan found that there were conditions of release that could protect the community for her release pending trial,” said AnneMarie Lewis, assistant district attorney with the Fifth Judicial District Attorney’s office.

“In regards to the preliminary hearing, probable cause was found to bind this matter over to District Court on the charges sought,” she said.

Though Kellie remained incarcerated as of Oct. 8, Riordan imposed several conditions for her release at the hearing. She was ordered to wear an ankle monitor, to avoid contact with any minor under 18 including her grandchildren and was required to appear for weekly check-ins with ASU.

She remained in custody at ECDC on Oct. 8 on no bail and no bond, according to jail records.

Alexis and Kellie told Carlsbad Police Department investigators that Brent was addicted to fentanyl, reportedly taking it from the stash his mother and grandmother kept for use and sale.

Neither women sought help for Brent’s addiction, they allegedly admitted to detectives with the Carlsbad Police Department. Nor did they seek medical help for Brent for three previous overdose incidents they attribute to his use of fentanyl, they told police when interviewed. Brent allegedly overdosed once at his mother’s house and twice at his grandmother’s house, per court records.

Instead the women told investigators they administered NARCAN to the boy on those alleged occasions. NARCAN has been available in New Mexico since 2016, according to documents from the New Mexico Department of Health.

According to the Department of Health, state statute allows “registered pharmacists” to dispense naloxone to those at high risk of overdose, family members or friends of those at high risk, personnel of community-based entities specializing in prevention and education and first responders.

The Current-Argus was unable to confirm the Smiths’ source of NARCAN, and why those officials failed to ask about the repeated need for the drug.

Kellie allegedly said she administered Narcan to Brent during the Sept. 28 overdose when questioned by police after the arrest.

Both Smith women are themselves admitted drug addicts, drug dealers and traffickers. Alexis allegedly told police she had received 300 fentanyl pills from her mother around the time of Brent’s death.

“Defendant is alleged to have been selling fentanyl out of her mother’s home (with her mother) and left the illegal drugs within reach of her children,” read the expedited motion for pretrial detention against Alexis Smith filed Sept. 30 in Eddy County’s Fifth District Court.

A pretrial detention motion asked Riley to order Alexis Smith held until trial citing the severity of the crime as enough reason for her to flee if allowed to receive bail or bond.

An expedited motion for pretrial detention against Kelli Smith submitted to Riordan echoed the accusations against her daughter, but Lewis included a reference to a previous conviction for abandonment of a child in her appeal to hold the grandmother without bail or bond.

Eddy County Magistrate Judge D’Anne Reed ordered both women to refrain from contact “with any victim(s) or witness in this case for the duration of the prosecution of this case…” court documents show.

Failure to spot a crisis

“While the child was not in CYFD custody at the time of his tragic passing, CYFD takes very seriously any child fatality. Presently, our focus is to support law enforcement with this investigation,” said Charlie Moore-Pabst, CYFD spokesperson.

“CYFD will conduct a thorough investigation. By law, we cannot provide further details about this incident until the investigation is complete. That said, under new leadership, CYFD will always strive to protect and improve child well-being in the state of New Mexico,” he said.

The Current-Argus was told by Taylor Gonzalez, 27, a neighbor of Alexis Smith in the 800 block of Alamosa Street said she called local police and CYFD multiple times to report neglect and intoxication among both the parents and children, seeing no results.

It is unclear whether CYFD was actively investigating Alexis Smith or Kellie Smith.