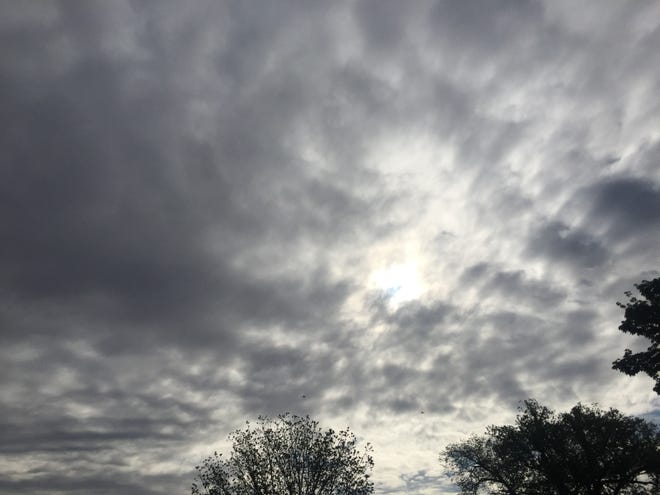 Eddy County’s drought status could change thanks to strong rainfall Thursday, according to an official with the National Weather Service (NWS) in Midland, Texas.

Scott Kleebauer said rain gauges around Carlsbad recorded up to two inches during a 24-hour period from 7 a.m. Thursday to 7 a.m. Friday.

He said Thursday was a big day as widespread rain fell across Southeast New Mexico and West Texas.

“This was one of Carlsbad’s highest precipitation totals in one day. This was definitely a historic event,” Kleebauer said.

As of April 27, the United States Drought Monitor listed 53 percent of New Mexico as having exceptional drought, which is the highest level of drought in the country.

Eddy County fell into exceptional category and Kleebauer said the recent rain could move Eddy County to a lower level.

“This is not going to be a drought buster. But a drought denter,” he said.

“We were exceptional drought. This will green up somethings locally. It is going to put us back to severe drought.”

Eddy County joined 24 other counties in New Mexico in the exceptional category, per the Drought Monitor.

Eighty percent of New Mexico was in extreme drought and 99 percent was in severe drought, according to the Drought Monitor.

Kleebauer said Eddy County would need at least two days of heavy rainfall to move out of drought status.

Temperatures were forecast at 64 on Friday and a warming trend starting Saturday and lasting until Monday with highs ranging from 73 to 81, the forecast read.