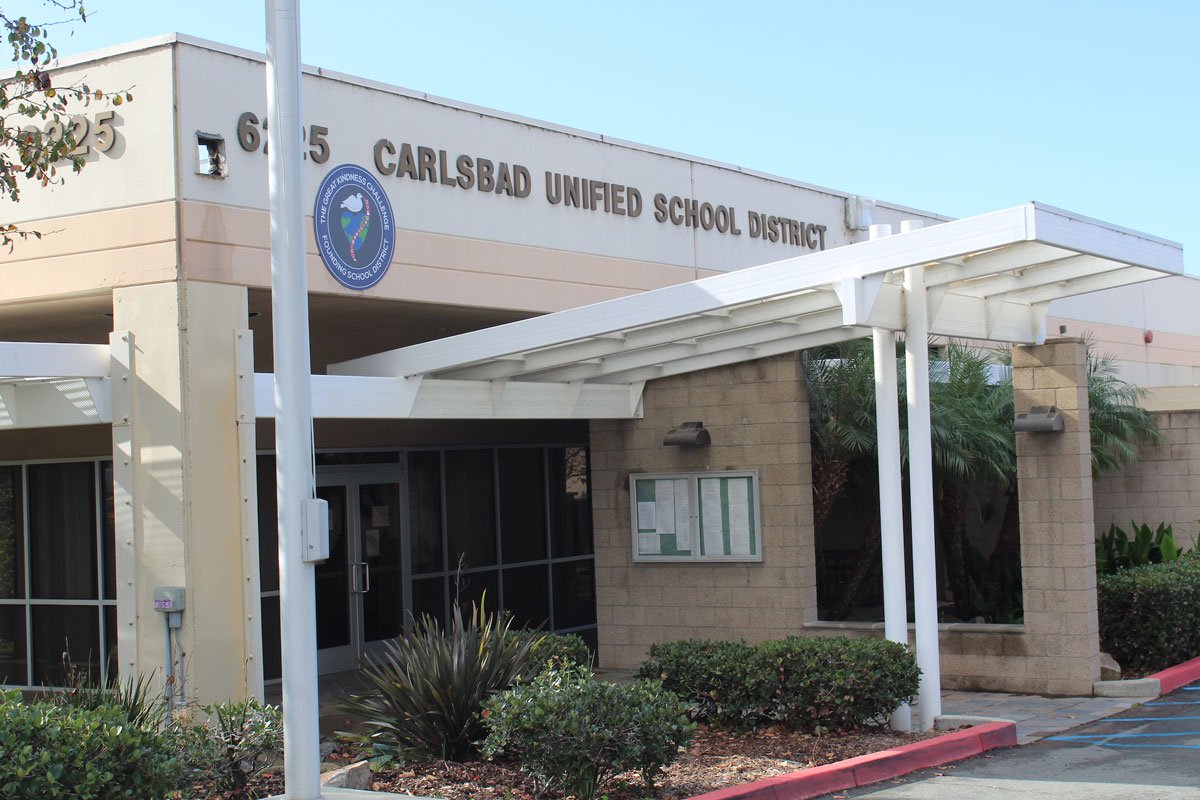 CARLSBAD — Students are back in school full time for the first time in more than one year.

On March 29, the Carlsbad Unified School District (CUSD) opened its campuses to middle and high school students who chose to return as San Diego County dropped to the red tier in relation to COVID-19. The county is expected to move into the less-restrictive orange tier of the state’s coronavirus reopening system on April 7.

A reason for campuses reopening was the California Department of Public Health’s recent easing of physical distancing requirements for students in the classroom. Facemasks are still required and schools must continue to install new ventilation equipment.

The state’s latest recommendation, in line with the Centers for Disease Control, is for three feet of distance, although it is not required. On March 24, the CUSD board of trustees approved combining the two cohorts so any interested student could return to school five days per week.

“We’re excited that our students have the opportunity to be on campus five days a week, and I think it’s going really well,” said Superintendent Dr. Ben Churchill. “The CDPH guidance changed … and said physical distancing was no longer required.”

In late January, Carlsbad Unified submitted a waiver to the county and state seeking to reopen, as it believed it had fulfilled the requirements to return to in-person learning. The county approved the waiver, but the state denied the application citing the district was not in compliance.

A team from the county’s Health and Human Services Agency visited the campuses in January and approved the plans. However, it appears the state changed some of those guidelines without notifying the district, leaving district officials, parents and students frustrated and angry.

Elementary students, meanwhile, have been back in school since the fall, Churchill said.

“It helps with physical distancing when half your students are at home,” Churchill said. “For students on campus, it’s been generally positive.”

“I think it’s a step in the right direction on getting back,” she said. “I think none of us were expecting the way it happened and the speed it did, and I know … some of my teachers are online. I am happy to be back.”

Koenig said some teachers don’t allow students to collaborate in the classroom because it would exclude the virtual students. Koenig said students can’t even drink the water due to the new guidelines.

The 16-year-old also said it’s important for students to get back asynchronous Wednesdays, saying it is important for their mental health. The 30-minute class teaches subjects like writing professional emails and more, while then the students have the rest of the day free from class, although teachers still assign work, she explained.

A rash of suicides has hit Carlsbad schools hard over the past month after several students took their own lives, Koenig said.

“Many students think Wednesday is vital for mental health because this hasn’t been an easy year,” Koenig said. “It kind of is a slap in the face, we voiced how we felt and it was blown off by the school board.”