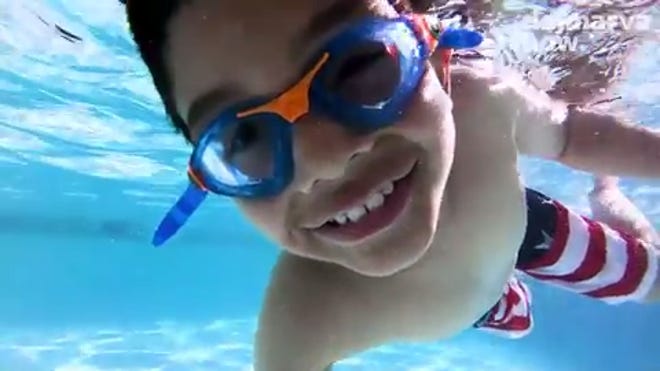 Carlsbad residents appeared ready to get back to the Carlsbad Water Park this year after the COVID-19 pandemic closed it down in 2020.

“We were glad to be back and excited about the opportunity to again serve the public,” said Water Park Manager Brad Alperts.

The Water Park opened May 22 and more than 13,000 people visited during a period from May 22 to June 27, per data released by the City of Carlsbad.

Kyle Marksteiner, City of Carlsbad spokesperson, said 11,443 people paid to use the Water Park and 2,036 people non-paying people were admitted.

He said non-paying people included those with passes, under 3 years of age and over 61 years of age.

Marksteiner added the Water Park had 24 private parties during the May to June period.

Alperts expressed disappointment with the shuttered Water Park last year and said lifeguards were not idle, they protected the Beach and were busy with other projects.

“I actually enjoy the Water Park being open. Although somedays are a little bit slower than others,” he said.

More:5 ways to stay cool in Carlsbad this weekend

Orozco spent the past four years as a lifeguard and one year as head lifeguard.

“The busier days tend to be the lifeguards favorite. Just because there’s a lot of people in and out and that makes our day go by faster. With the Water Park being opened it gives the people of Carlsbad another thing to do throughout the day other than just stay at home or drive to different areas to go do something with their families,” he said.

In a report written to Carlsbad City Councilors in May, City of Carlsbad Development Director Ted Cordova said crews vacuumed, cleaned pools, and waxed slides before the Water Park opened.

Cordova noted in his report the season started with 32 lifeguards and two attendants.

The City’s website indicated the Water Park was open from 11 a.m. to 6 p.m. Tuesday through Sunday. Alperts said the Water Park would move to weekend hours only when Carlsbad Municipal Schools start next month and the last day of operations for 2021 is Labor Day.

He said some special nights were lined up for July at the Water Park.