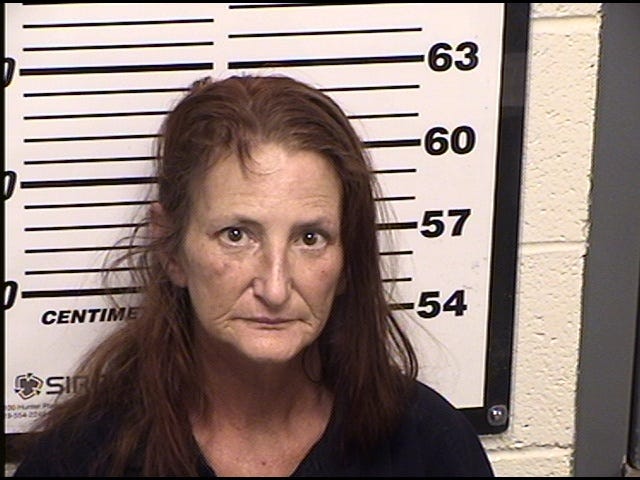 A Carlsbad woman arrested for trafficking and possession of illegal drugs is also suspected of trafficking fentanyl pills, according to the Pecos Valley Drug Task Force (PVDTF).

Estella Lunsford, 55, was arrested Feb. 15 on charges of possession and trafficking of heroin, marijuana and methamphetamine, related to a 2019 traffic stop.

Agents allege they also found 340 suspected blue fentanyl pills, 64-grams of black tar heroin and 25-grams of methamphetamine inside the home on the 100 block of Farris Street where Lunsford was being interviewed prior to her arrest.

Lunsford was booked into the Eddy County Detention Center on the 2019 charges and was released two days later on an unsecured bond of $25,000 per jail and court records.

She has a preliminary hearing before Eddy County Magistrate Judge Kelly Calicoat on the 2019 charges on March 17, per court records.

Additional charges for trafficking fentanyl, heroin and methamphetamine will be filed later against Lunsford, the PVDTF news release said.

Cage said the drug is commonly seized in the pill form and is being smoked by those who choose to use the drug.

“There is a fentanyl problem in Artesia,” Lindell said, noting that New Mexico requires officers to carry Naloxone, a drug antagonist.

“Any drug problem that causes the state to take such measures as mandating that the antagonist to the drug be carried with our officers on the street coinciding with a statewide Department of Health prescription for the antagonist, is a problem.”

PVDTF agents were authorized to prioritize seeking out those involved in trafficking fentanyl and other illicit drugs in Eddy County, the release read.