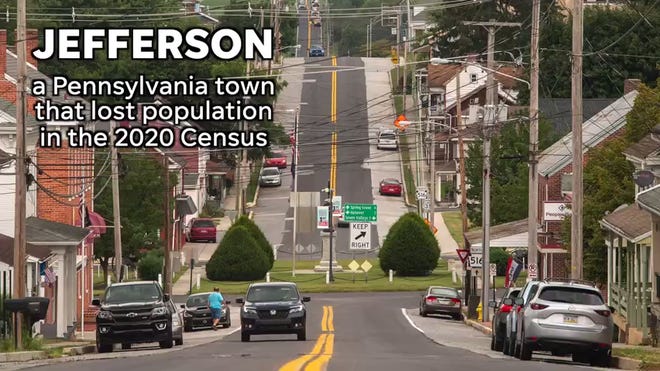 U.S. Census data focused on trading centers and land use areas indicated the City of Carlsbad’s population was 40,665, according to the Carlsbad Department of Development (CDOD).

In a news release, CDOD Marketing and Business Development Director Jeff Campbell said raw data obtained from the U.S. Census found the Census County Division (CCD) indicated Carlsbad had a higher population count than first indicated in August, when data showed Carlsbad’s population grew from 27,000 in 2010 to 32,238 in 2020.

Campbell said states can have one of two county subdivisions, CCDs and Minor Civil Divisions (MCDs). He said states cannot have both designations and New Mexico has CCDs.

“Basically, CCDs are the statistical entities established cooperatively by the Census Bureau and officials of state and local governments in the 21 states where MCDs either do not exist or are unsatisfactory for the collection, presentation, and analysis of census statistics,” Campbell stated in the release.

“They are designed to represent community areas focused on trading centers or, in some instances, major land use areas. They have visible, permanent, and easily described boundaries.”

Campbell said CDOD looked up the data provided by the U.S. Census in the CCD areas because it encompasses more of the population that just the census tracts.

“We know more people live within the major service area of Carlsbad than just within the U.S. census tracts, so these CCD numbers tell more of the story related to our growing population numbers,” he said.

“With Carlsbad experiencing such high numbers, the city is working hard to maintain this growth,” Campbell said.

“If we had not executed that somewhat aggressive and regional campaign with our partners all across the Permian (Basin) including Carlsbad and Eddy County our response rate would have been a lot lower,” she said.

Bentley said PSP formed partnerships with other people and organizations to get the word out on importance of completed Census forms.

Based in Midland, Texas, PSP is a coalition of 17 Permian Basin energy companies to work in partnership with government and business leaders in Southeast New Mexico and Texas to address current and future challenges for development of oil and natural gas resources, read the organization’s website.

“Although oilfield population was down in the spring of 2020, Census data seems to indicate that it was nonexistent, which can’t be accurate. We support an investigation into this issue and an effort to correct the data if new information becomes available,” Janway said.

“We certainly believe Carlsbad’s population to be higher than 32,000 and consider the CDOD’s examination of the issue to be a reasonable one.”

“Water usage studies show the average daily population within Carlsbad’s market area to be within the 86,000 to 88,000 range,” the release read.

“When multiplied by the USGS-accepted daily per capita figure for arid communities, our actual daily population is especially evident,” he said in the news release.

Campbell said CDOD would use the CCD numbers and water usage estimated data to recruit new businesses and people to locate to Eddy County.