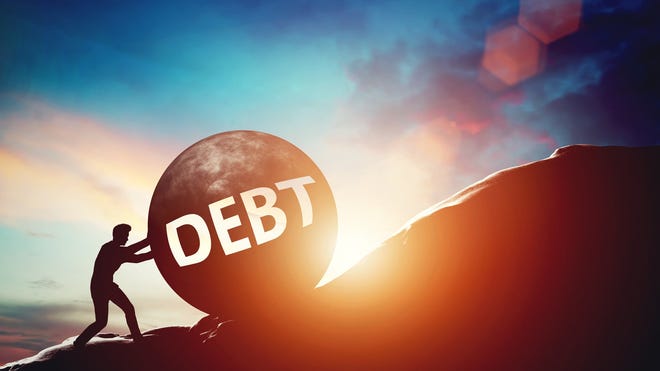 Debt free practices implemented nearly two years ago by the City of Carlsbad appeared on target, according to a city official.

The City’s debt reduction efforts took another step Tuesday night as City Councilors approved a plan to pay off more than $8 million in six outstanding loans with help from Royal Bank of Canada (RBC) Financial Services.

In a memo to councilors, Austin said the City had debt service funds to pay off loans for the Water and Sewer Departments, Solid Waste Department, Bob Forrest Sports Complex and general obligation (GO) bonds from 2009.

“The outstanding debt is related to water infrastructure, including the waste water treatment plant and general government debt, such as the sports complex and the purchase of solid waste disposal trucks (garbage trucks),” she said.

“Currently, the City is not refinancing any debt, only redeeming debt,” Austin said.

She estimated redemption costs around $56,000 as the City paid $25,000 to RBC for coordinated redemption payments to the New Mexico Finance Authority (NMFA) and other entities.

Her memo noted a $28,000 payment to the Modrall Law Firm for escrow agreement draft and $3,000 to verify escrow accounts with an unnamed accounting firm.

After the payoffs, Austin cited two remaining loans to NMFA of $20.2 million for the sewage treatment plant and $15.4 million for the Double Eagle Water System extension.

Comments sought from RBC were not returned by press time.