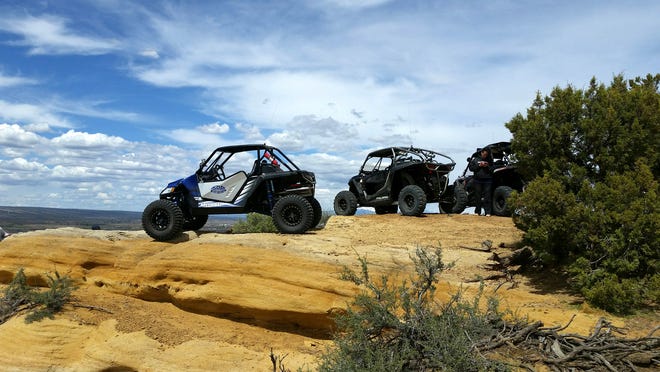 Skinner said the police department averages around six pictures a week from the public regarding OHV’s operating in the Carlsbad City Limits.

“The OHV Grant Program provides overtime funding to local law enforcement agencies for enforcement patrols related to OHVs and OHV safety. Along with enforcement, the program also encourages and supports educational and outreach efforts to help mitigate off-highway vehicle crashes and injuries,” Skinner wrote in a memo to City Council.

A grant application to the State said the community experienced heavy traffic with OHV’s riding on public roadways.

“They’re driving out on Canal (Street). With this grant we have identified some problem areas that we plan to enforce,” Skinner said during Tuesday night’s meeting.

Per the application, in 2020 there were 18 reports of stolen OHVs within the city limits of Carlsbad. The city had two calls in 2021 for stolen OHV’s.

“In 2019 the City had 16 calls for service to request extra patrol,” the application noted.

In the application, Carlsbad police plan five operations with five hour blocks every Friday, Saturday and Sunday for a total of 10 operations.

Police estimate three to 15 officers would be needed per operation.

In his memo to City Council, Skinner said 10 percent of the grant would be used for educational materials such as water bottles, bumper stickers, bandannas and helmets.

“There is no match requirement under this program and all funds are awarded on a reimbursement basis. If successfully awarded, the period of performance is July 1, 2021 through June 15, 2022,” Skinner wrote in the memo.

The Carlsbad Police Department isn’t the only agency in Eddy County dealing with off-highway type vehicles.

The U.S. Forest Service is having issues with operators of utility task vehicles (UTVs) riding on trails built before UTVs became popular or invented.

In a news release, the Forest Service said the trails were designed primarily for foot traffic or mountain biking and not use by large utility vehicles.

“UTVs are welcome in the forest, but we ask they stay on open roads as to not damage the forest or disturb wildlife,” said Lincoln National Forest Public Affairs Officer Laura Rabon in a news release.

The Lincoln National Forest, located in southeastern New Mexico has no trails for UTVs over 50 inches wide, which is the majority of UTVs out there these days. What the Lincoln does have is plenty of dirt roads that wind near beautiful streams and through the mountains that allow all types of UTVs on them. There are some trails on the Lincoln available for ATVs (aka four-wheelers) and dirt bikes, but UTVs over 50 inches wide can only legally ride on the roads, per the release.

Rabon said the roads on the Guadalupe Ranger District of the Lincoln National Forest in Eddy County have some of the best roads for UTVs.

“Because they are rugged roads, which makes them a bit more technical for UTV drivers,” she said.

More:Riders demand ‘equality’ for ATVs in the city