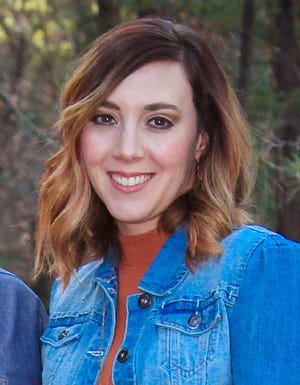 Clancey McMillan was elected to the Carlsbad Municipal School Board on Nov. 2 in the district’s only contested race.

McMillan received 358 of the 596 votes cast by District 1 voters. Incumbent Simon Rubio received just 79 of the votes cast in the race. Jason Burns the third candidate for the position received 159.

“I’m thankful for the support, prayers and trust from the community in giving me the opportunity to represent them and their children,” McMillan said.

“I promise I don’t take this responsibility lightly and will always respect the authority you have as parents and members of the community.”

Rubio won the seat in 2017. He beat Doris Bruton-Carleton, then longtime incumbent – with a promise to focus on district finances.

McMillan said she looks forward to working with the new and existing members of the board on bringing much-needed change to Carlsbad’s schools.

“Our children benefit most when the adults in their lives work together to provide the best outcome and I’m committed to doing exactly that,” she said.

“I’m beyond excited for the opportunity to serve our community as a school board member,” Shirley said. “I look forward to working with the rest of the board, administration and community to protect our children and to equip the leaders of tomorrow with every opportunity for success.”

Shirley will replace longtime member of the board Ron Singleton, who retires at the end of his term.

Singleton, who served for 14 years, said he is looking forward to seeing more women on the school board again.

“Tiffany is going to do an excellent job,” he said.

Shoup said he has confidence that Hollis’s experience as the Executive Vice President at CNB Bank will help the board make smart financial decisions.

“He has a great depth of understanding when it comes to the bond market and the way the school funds are used,” Shoup said.

While Singleton expressed confidence in the elected members, he said having a board of mostly new officers could present a challenge.

In July, David Lewis was appointed to fill a vacant seat for District 4 after the former board member, Trent Cornum, resigned.

Robbie Chacon from District 2 – only just elected to the board 2019 – will be the the longest serving member come January when the new members are sworn in.

Members of the board serve for four years.

Singleton said these candidates will take leadership in a difficult time, as the Carlsbad School District grapples with a teacher shortage, COVID-19 regulations and setbacks caused by the pandemic.

All results are non-official until Eddy County can perform a canvass of the election.