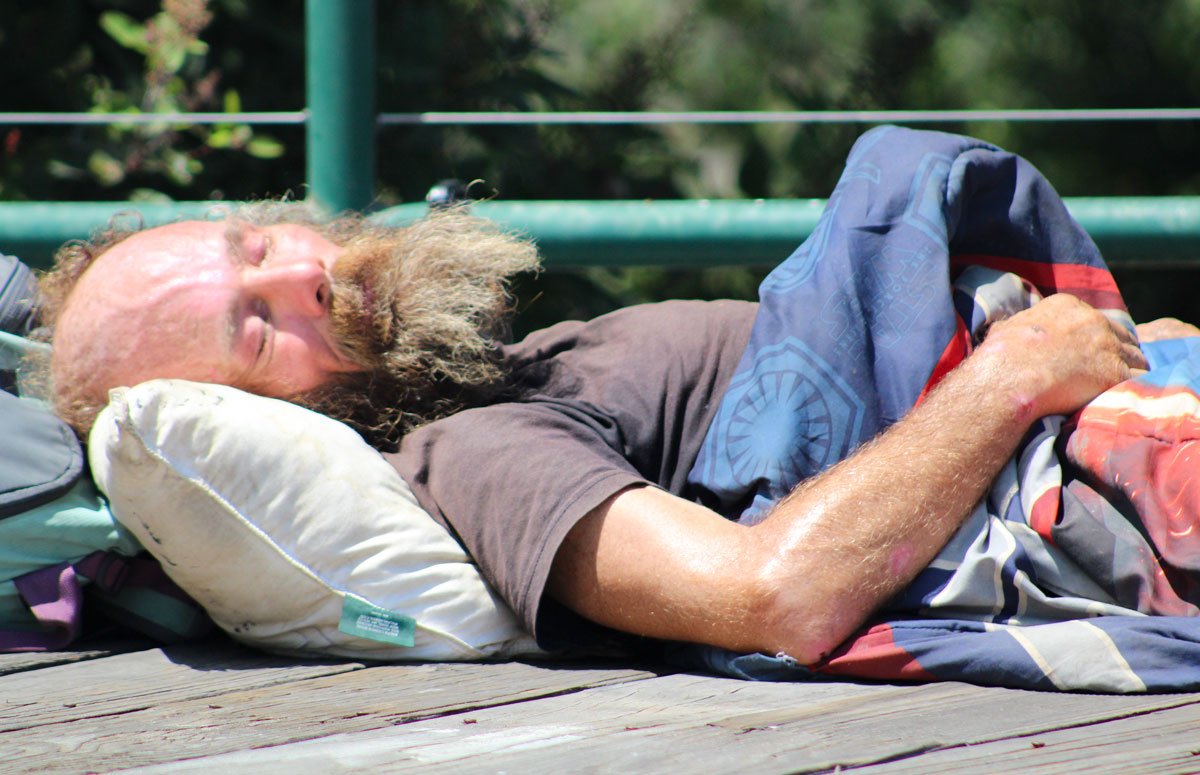 At approximately 3 a.m. in early June, my dog alerted me to voices outside of my bedroom window, one male, one female. Taking precautions by turning on outside lights and allowing my dog to continue barking, I believe I circumvented wrongdoing to my property.

Later that same morning, several vehicles suspected to be involved with a recent spate of neighborhood thefts and property damage to my neighbors’ house during those same wee hours, were parked on the street in front of my house.

I was concerned that there might be a connection between these vehicles and the recent thefts. Noticing no one around, I took photos of the vehicles’ license plates to request an additional patrol from the San Diego County Sheriff’s Department.

Upon taking photos, a female emerged from one of the vehicles, a white van, verbally shouting obscenities at me. A male then leaped from the same white van and charged toward me while screaming obscenities with enough intensity that several neighbors raced outside.

After narrowly escaping battery, the man then exposed his genitals, spread his buttocks and threatened to return and steal from me before fleeing the area.

Following my 911 report, I obtained a temporary restraining order. Since the offender resided in his vehicle outside of my property, the Sheriff’s Department refused to serve the order on a person without a permanent address.

In instances such as mine, I was forced to wait until he was sighted to dial 911 to perfect service of the restraining order. The individual violated the order four times after he was served. During one incident, the Sheriff’s Department didn’t respond for at least one hour, despite three calls to 911.

I was told the Sheriff’s Department was understaffed and that this individual was allowed access to public spaces regardless of violating a 100-yard range pursuant to my court order.

My offender, known as a “vanlifer,” is among the increasing number of residents without a permanent address who have recently moved to Encinitas. Many issues have contributed to this copious increase.

However, our city leadership maintains committed to cultivating a culture of compassion and hospitality while other neighboring communities adopt stricter ordinances disallowing for crime related to unsheltered and vanlife residents.

Phone calls to the city’s Code Enforcement concerning various municipal violations have elicited information that does not align with Sheriff’s Department protocol. This incongruency ultimately results in an apparent carte blanche for unsheltered individuals who commit petty crimes, including trespassing, loitering, lewd in public and disorderly conduct.

The follow-through by the Sheriff’s Department for my protective order was not acceptable and the response time for a protective order violation being greater than one hour is unconscionable.

During the June 9 Encinitas City Council meeting, I conveyed my experience, imploring the council to consider public health and safety concerns that the converging unsheltered bring. The vetting of unsheltered community members who commit crimes needs to be investigated for outstanding warrants and sex offender registry status.

Just 10 days after voicing my concerns at the meeting, Sheriff’s deputies shot and killed an unsheltered Encinitas resident possessing a gun and refusing to comply with officers’ instructions.

It is critically important that both the city and Sheriff’s Department implement adequate first responder service availability to protect all residents in their charge.