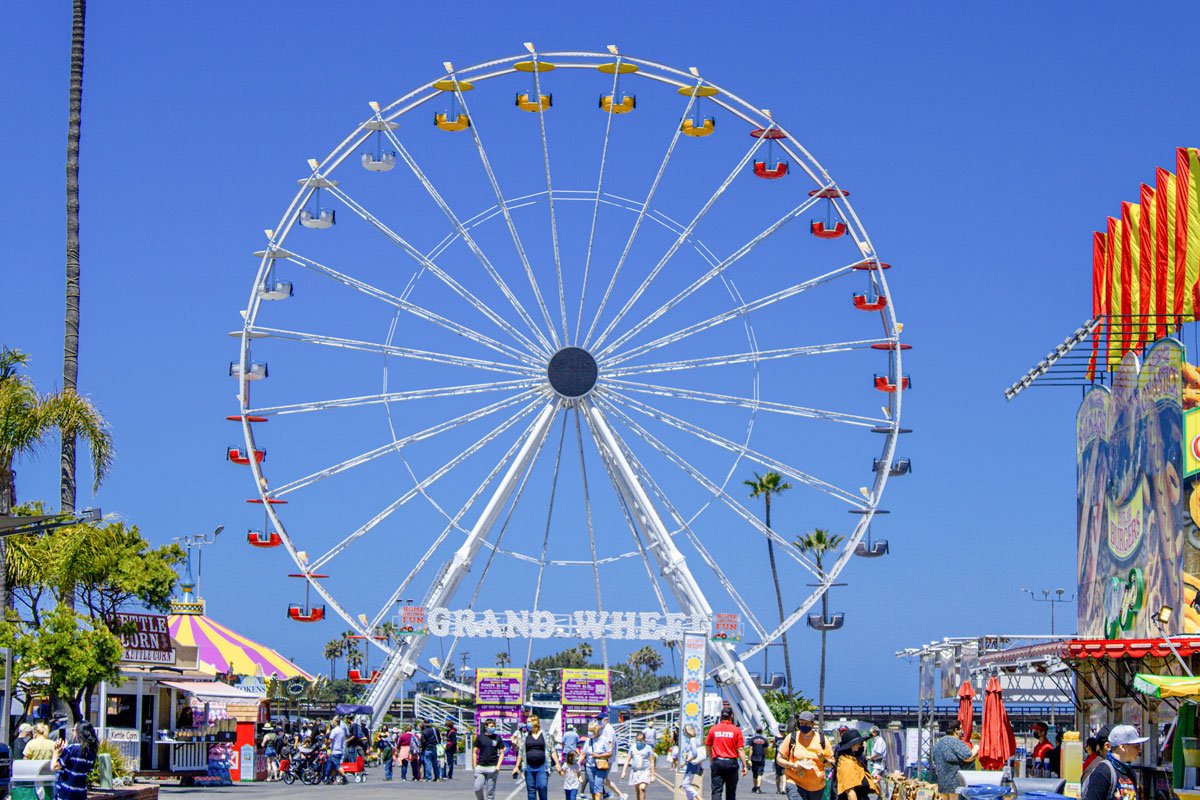 DEL MAR — In another step on the path to normalcy, the San Diego County Fair kicked off its scaled-back HomeGrownFun event on June 11 at the Del Mar Fairgrounds.

The event, which opened this past Friday and runs through the Fourth of July, takes up a smaller footprint at the fairgrounds, largely due to the fairgrounds still serving as a COVID-19 vaccine superstation through the end of this month.

However, much of what locals have come to expect from the fair will be there.

Many of the usual food vendors from past fairs have staked their claim at HomeGrownFun. From Los Angeles tourist destination Pink’s Hot Dogs to local favorite Chicken Charlie’s (with every variety of deep-fried food imaginable), all of your fair favorites can be found inside.

Ashley Colburn, a marketing coordinator for the Del Mar Fairgrounds, believes the event will have a great impact on the county as it moves forward after a year and a half of the COVID-19 pandemic.

With no midway attractions and currently just three ride attractions for children (grand Ferris wheel, a small carousel, and pony rides), this year’s event does feel smaller in scale to past county fairs, but more rides and attractions are expected after the state’s official reopening on June 15.

As of now, masks are required to be worn, although that requirement will likely change after June 15 as well, but at least on opening day, the crowd in attendance all seemed to feel safe in moving around the event.

“We have designated eating areas. You’ll notice all of our concession vendors are wearing masks and most of our event-goers are wearing them too,” Colburn said. “I think that people should feel safe. There is plenty of space and sitting areas and it’s beautiful weather.”

Finding a place to sit and eat did not seem to be much of an issue, at least on opening day. Capacity at the event is expected to be around 10,000 people but that number is limited by parking.

“The main reason we have this smaller event is because Del Mar Fairgrounds is still a vaccination station and so our main parking lot is in use,” Colburn said.

Also open for guests are three indoor shopping areas; Agri-Land where children can learn more about agriculture in San Diego County; several bars for guests 21 and over, and live shows happening several times each day, including Swifty Swine Pig Races and Extreme Dogs.

HomeGrownFun will end its run on July 4th with a fireworks display.

While the fairgrounds has found a good transition event coming out of the pandemic, fair officials are anxious to return to a full-scale event in the future.

“We are hoping that San Diego will support us because this is our way to bridge that gap into getting our traditional fair next year,” Colburn said. “So we need San Diego’s support so that we can have that ability to put on the fair in full force with grandstand acts and everything we know and love in 2022. And that’s the plan.”