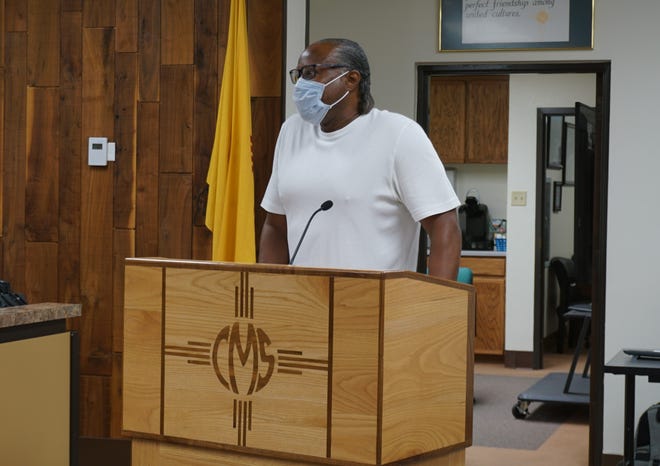 The Carlsbad Municipal School board voted to approve the appointment of David Lewis to fill the vacant District IV seat.

The vacancy was left by former board member Trent Cornum who resigned after moving to a different district within Carlsbad.

Lewis, a lifelong resident of Carlsbad, said he graduated from Carlsbad High School in 1973.

“The vision that I have for education in the community is to see Carlsbad at the very top when it comes to educating the children of Carlsbad and also the future leaders,” Lewis said.

Lewis said he wants to see teachers, parents and students come to Carlsbad rather than leave.

Lewis said his 16-year career as an emergency responder and 18 years as a senior training coordinator for the U.S. Department of Energy tribal education program have prepared him for his new position. During his time at the Department of Energy Lewis said he was responsible for building curriculum for classes, writing lesson plans and developing tests and student evaluations.

“In my career, I’ve learned to work well with others and to be able to go into a situation with an open mind,” Lewis said.  “We need to listen to one another, the teachers, the students, the parents and the community so that we can accomplish and reach our common goals for the good of the entire school system.”

Lewis pointed to low graduation rates and low levels of proficiency in reading and math as a major issue he hopes to tackle.

“I recognize there’s a need in the community,” Lewis said.

Lewis said the results of the data place CMS in the bottom 50 percent of school districts in the state.

“It’s going to be an honor to serve on the school board and hopefully I can help make a difference.” Lewis said. “I am very sincere about bringing those ranking numbers up so we can be proud of what we have here rather than always hearing about how much better these other schools are.”

Lewis will complete the remainder of the current term, which ends on Dec. 31, 2023. An election will be held in November 2023 for the following term.