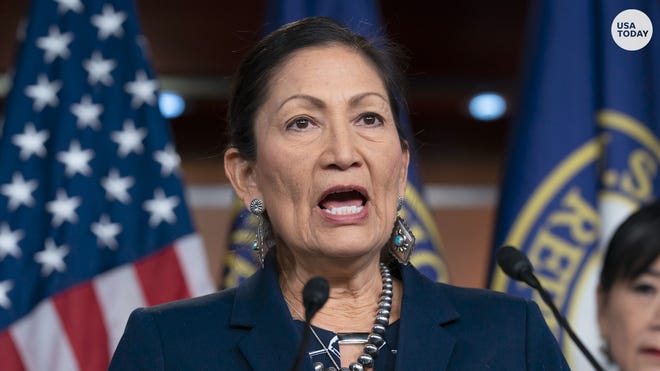 New Mexico Congresswoman Deb Haaland was confirmed by the U.S. Senate as the new U.S. Interior secretary Monday on a 51-40 vote as all Democrats supported the nomination along with several Republicans.

The confirmation drew differing reactions from the New Mexico’s activist community championing the first Native American appointed to the seat as a defender of environmental concerns, and the oil and gas industry which worried her record of “radical” stances on fossil fuels could imperil the state’s economy.

More than half of New Mexico’s oil and gas production is on federal land subject to policies enacted at the Department of the Interior and Bureau of Land Management which Haaland will lead as a cabinet secretary.

More:‘Radical’ or bipartisan? Haaland’s Interior Secretary hearing a debate on oil and gas

Meanwhile, the state depends on fossil fuel development for about a third of its budget on average each year.

Haaland’s confirmation hearing before the Senate Committee on Energy and Natural Resources, which voted 11-9 to send the nomination to the Senate Floor for the final vote, was testy at times as Republican members grilled the congresswoman on her stances on oil and gas, extraction and the environment.

The nominee repeatedly deflected questions about her own stances, as Republicans pointed to her past support of the Green New Deal and a ban on hydraulic fracturing, contending she would follow the agenda of President Joe Biden, not her own.

Ryan Flynn, president of the New Mexico Oil and Gas Association said upon her confirmation that Haaland’s performance in the hearing was encouraging and he hoped the industry would continue its close work with federal regulators under the incoming administration.

He said oil and gas was essential to New Mexico’s economy, providing billions of dollars for public education and infrastructure and that the industry was committed to addressing pollution and climate change under Haaland’s leadership.

“The secretary set an encouraging tone of collaboration and partnership in her confirmation hearings, promising to work with all stakeholders to develop and safeguard America’s vast natural resources,” Flynn said.

“We are eager to do our part to proactively combat climate change and ensure our state and nation continues to be a leader in the safe, responsible production of oil and natural gas.”

Democrat political leaders in New Mexico congratulated Haaland as New Mexico Gov. Michelle Lujan Grisham hoped she could undue the energy policies of former-President Donald Trump who pursued an “American energy dominance” agenda during his term and sought to open more land to oil and gas while rolling back key environmental regulations.

Lujan Grisham said she also looked forward to Haaland’s ability, as a 35th-generation New Mexican and member of the Laguna Pueblo, to address the needs and concerns of Native Americans and Tribal Nations.

“Her leadership at Interior will not only help reverse the harmful policies of the last four years but chart a new, balanced and productive course for the future,” Lujan Grisham said. “I greatly look forward to working with the secretary on the issues that matter to tribes and pueblos and to all New Mexicans.”

U.S. Sen. Martin Heinrich (D-NM) who voted in support of Haaland’s nomination said the secretary was an ideal choice as one who would work closely with western states to diversify economies and protect natural resources.

“She will be a true partner for Western states like New Mexico as we diversify our economy, invest in our communities, and remain a global leader in producing and exporting energy,” Heinrich said.

Larry Behrens, Santa Fe-based western states director with Power the Future – a group that advocates for the oil and gas industry – worried that Biden’s agenda, which Haaland pledged to follow, was already harming New Mexico.

He pointed to an indefinite pause on new oil and gas leases on federal land enacted by Biden via executive order upon taking office as a sign that the new federal administration intended to slow fossil fuel development to the detriment of New Mexico’s bottom line.

“Deb Haaland has said she will simply follow President Biden’s orders, sadly those orders are already killing jobs in Haaland’s own state,” Behrens said. “During her confirmation hearing, Deb Haaland made a commitment to listen to America’s energy workers, now we will see if she was telling the truth.”

Thomas Pyle, president of the American Energy Alliance said Haaland was Biden’s “most extreme” cabinet nominee and would likely lead federal policy that will raise the cost of energy and drive oil and gas companies away from the U.S.

“Any senator who casts a vote in support of Haaland is voting against American energy and will be forced to explain to their own constituents that they are directly responsible for rising energy prices and why foreign nations like China, who controls the rare earth mineral market required for renewable energy manufacturing, is in control of our energy future, not us,” Pyle said.

By contrast, environmentalists applauded Haaland’s stances on conservation and energy arguing she would take action to address climate change at the helm of the Department of the Interior.

New Mexico Wildlife Federation Executive Director Jesse Deubel said he expected Haaland to lead the management of public lands to a more diverse use including outdoor recreation and conservation initiatives.

“There is a lot of work to do, and a lot of bad policy from the previous administration to undo,” Deubel said. “The confirmation of Deb Haaland as Interior Secretary represents a huge step forward in common-sense land management and energy policy that will be good for families, sportsmen and sportswomen, our youth, our natural world, and the economy.”

“As competing climate and mass extinction crises worsen, Secretary Haaland is the perfect choice to safeguard our wild places,” Allison said. “We know she is the right leader for this critical time, and she will bring the same effectiveness to the protection and management of our nation’s public lands in her new role.”

In a Tuesday statement, Haaland reflected on her time in Congress, thanking the New Mexicans she served in office and touting a record of bipartisanship and inclusivity for underrepresented indigenous groups.

“As a volunteer, activist, and organizer for more than twenty years, it was my proudest professional moment to be elected as one of the first two Native American women to serve in Congress,” she said.

“I feel immensely satisfied to have been able to accomplish so much for New Mexico families in such a short amount of time, and I’m grateful to my team for their hard work and all the New Mexicans who called, wrote and shared their input over the past two years.” 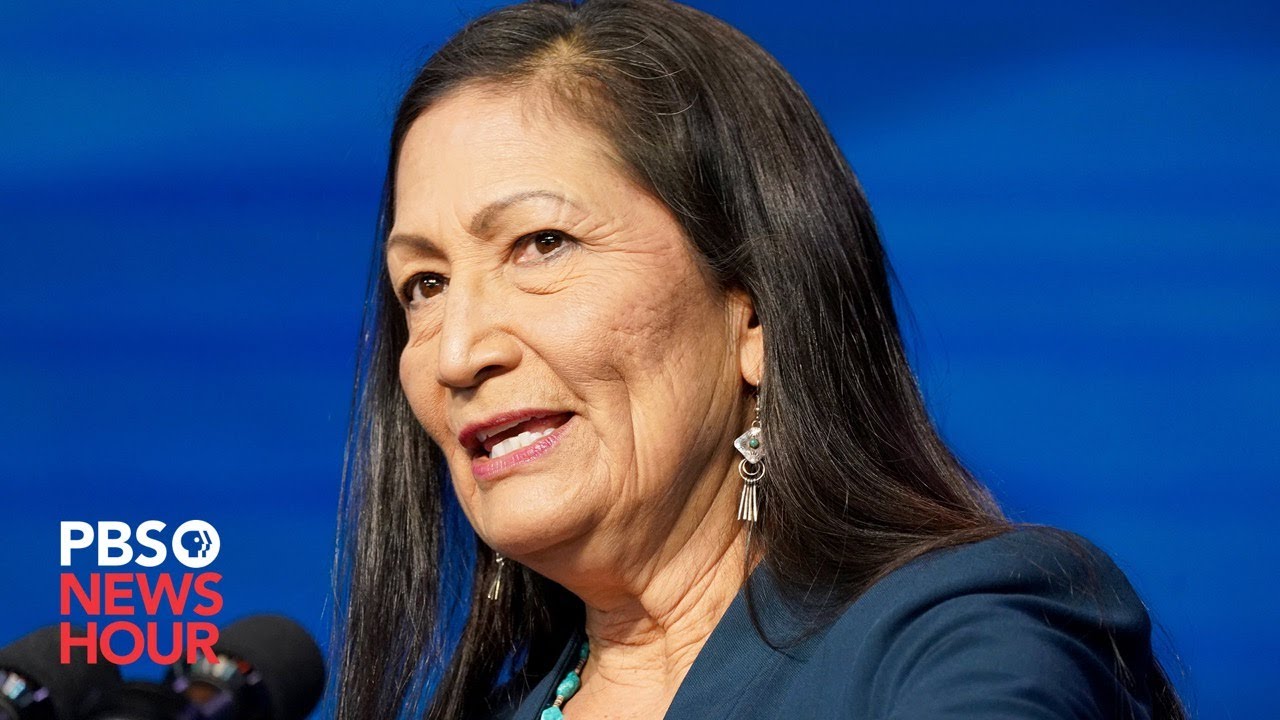