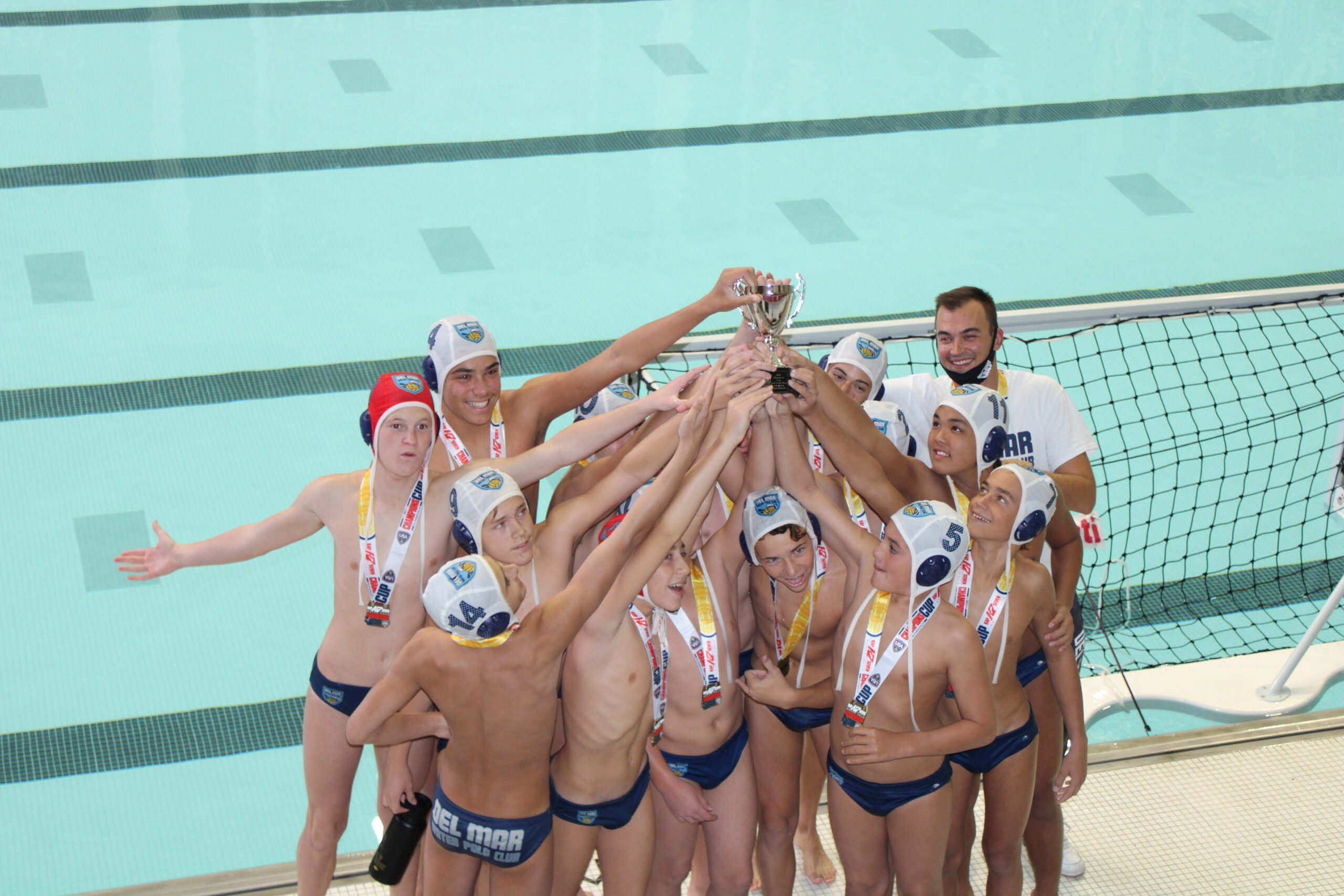 The Del Mar Water Polo Club’s 14-&-under boys team captured the gold medal at the annual 14-&-under tournament Nov. 7.

Del Mar defeated Greenwich Aquatics 10-6 in the gold medal game, after having maintained a consistent lead throughout the match. Del Mar entered the championship games on Sunday with a 3-1 record, including a decisive 11-4 victory against Northern California’s Stanford Water Polo Club and a 17-6 win vs. Lamorinda Water Polo Club. n the Nov. 7 gold medal game, Del Mar met up with Greenwich Aquatics for the second time in the tournament. After falling 8-10 to Greenwich Nov. 6, the Del Mar boys were prepared.

“I am incredibly proud of these guys and how they played in this tournament,” said Coach

Belamaric. “It is very early in the season for us as a team, and we did not have a lot of time to prepare, so it was very exciting to see the level of skill set and maturity this group is showing this early in the year. Losing to Greenwich in the second group stage was a tough experience that we learned a lot from, so we knew we could compete with them. It is not very often that you get a second chance, but this time we did. I am so happy with the way we finished the tournament.”

The championship game included a notable performance by goalie Oren Penning and a dominating 4-2 start in the first quarter with goals by Axline, Bell, and attacker Arnold.

championship. Goalie Oren Penning collected 17 saves throughout the final game and was recognized with the Jody Campbell Sportsmanship Award.

The Del Mar 14-&-under boys team will continue to train throughout the next eight months in preparation for the USA Water Polo National Junior Olympics in July, which will be held in Northern California.