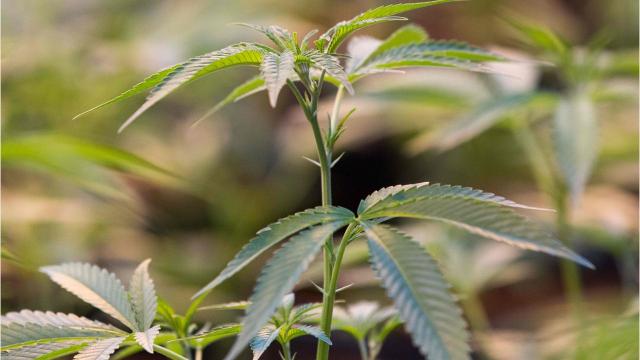 A proposed ordinance regulating recreational cannabis establishments and use in unincorporated areas of Eddy County was tabled by the Board of County Commissioners Oct. 5.

“Being a patient and then working in it professionally I have seen miracles. I don’t know how else to put it for people coming off opioid or any other kind of medications,” said Libby Smith during a public hearing on the proposed ordinance.

During the hearing, Smith stated she has worked in the cannabis industry since 2017.

“I think it would be a huge disservice to our community not to give this a really good chance at a go. If it’s education we need, I’m happy and I know there’s other people in this room that I have worked with that would love to provide the kind of education and knowledge to our community. I think it’s misunderstood,” she said.

Smith said education on recreational cannabis might change the minds of those opposed to it.

The bill allows New Mexicans to grow marijuana at home for personal use. An individual can have no more than six plants or up to 12 per household if more than one adult lives there. Recreational cannabis will only be legal for sale to those 21 years and older. Purchases would be limited to 2 ounces of marijuana.

Commission Chair Steve McCutcheon called for the ordinance to pass as it was written, but a motion by District 1 Commissioner Ernie Carlson failed to receive a second.

District 5 Commissioner Sarah Cordova motioned to set the issue aside for a future meeting which passed.

“We will of course advertise the notice 14 days prior to the hearing,” he said.

“All businesses that operate in the unincorporated areas of Eddy County will have to come in (and) obtain a business license from Eddy County,” McCrosskey said.

McCrosskey said the ordinance maintains a registry of all businesses outside of the four incorporated municipalities.

“This ordinance would work in conjunction with the Eddy County RV and Workforce Camp Ordinance and the proposed Cannabis Regulation Ordinance,” he wrote in a memorandum to commissioners.