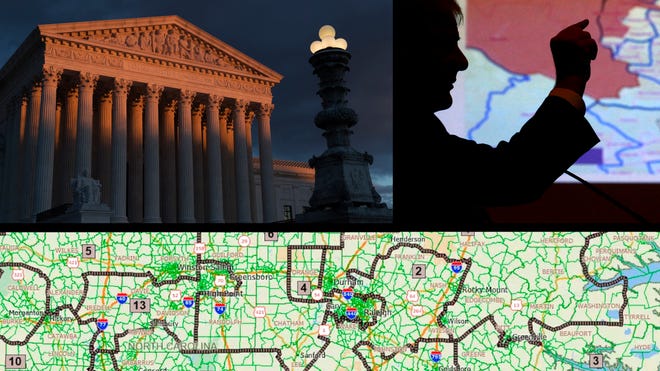 Eddy County offered input to a citizens committee appointed by the New Mexico Legislature to redraw political boundaries based on results from the 2020 U.S. Census.

The Citizen Redistricting Committee (CRC) sought input across New Mexico for a series of redrawn maps that must be presented to the Legislature by the end of October.

“Right now, we have multiple senators that look out for Eddy County and we have a great relationship with all of them. I think that having multiple voices is an important aspect, but that’s my opinion,” said Eddy County Manager Allen Davis.

He presented some of the conceptual maps to commissioners.

Davis said Concept A gave Eddy County two senators. One for 90 percent of Eddy County and a second which would represent southern Chaves County and portions of Artesia and northern Eddy County.

He said Concept B was, “very similar to Concept A. But, extends into southern Lea County.”

“For one senate district excludes parts of Hobbs and expands a little bit into Roswell,” Davis said.

The third idea, or Concept C, places Artesia and Carlsbad in the same senate district.

“The desire would be to have one of those senators be a resident of Eddy County,” he said.

“It is possible for a resident of Eddy County to become a State Senator in a regular election,” Davis said.

The New Mexico Legislature charged the CRC with adopting three district plans each for U.S. Congress, the State Legislature and other state offices required for redistricting.

Commissioners recommended another CRC proposal for U.S. House District 2, which would start in Catron County on New Mexico’s westside and end in northeast New Mexico near the Colorado border.

“One of the things this committee is assigned to do is to look at communities of interest and basically different ethnic groups,” he said. “There are other maps being considered.”

The U.S. Constitution requires a census of the population conducted every 10 years to apportion seats in Congress.