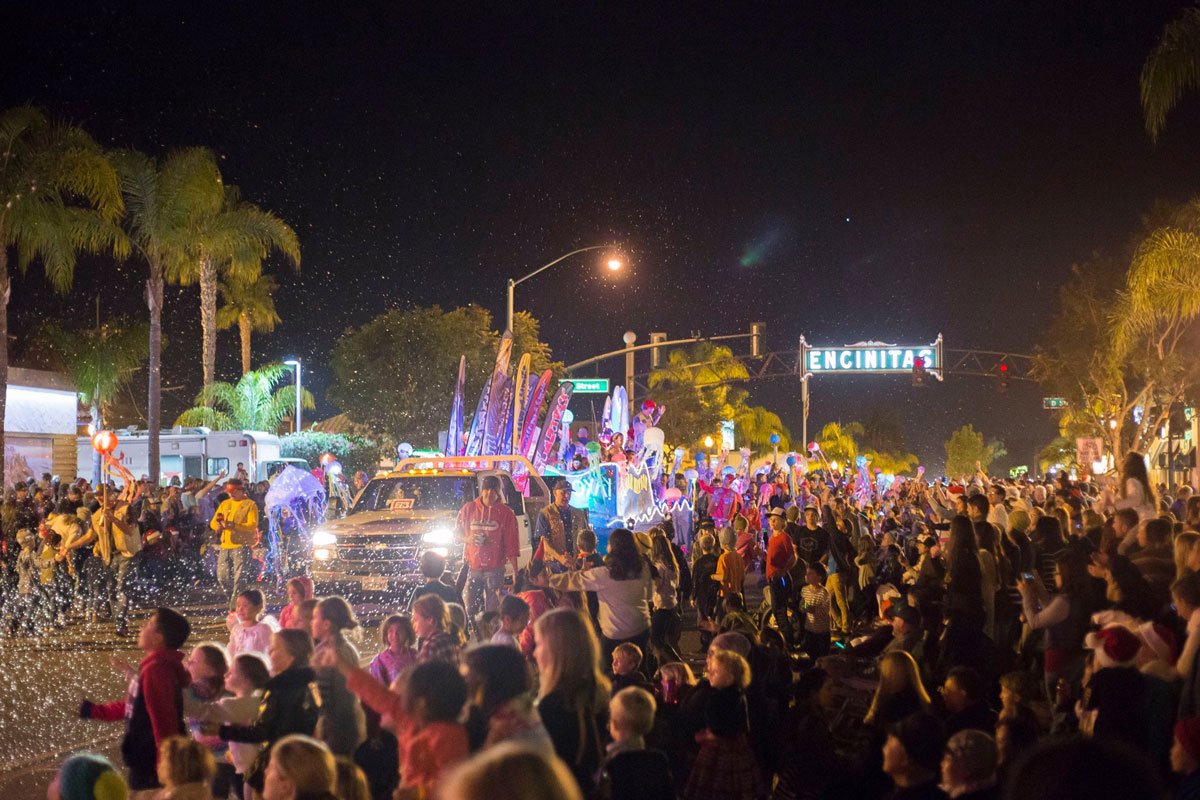 ENCINITAS — And the parade rolls on.

The council’s decision comes after the city previously announced the cancellation of this year’s parade for a second consecutive year due to the ongoing COVID-19 pandemic.

The city’s Parks and Recreation Department said the original decision was based upon guidance from the California Department of Public Health, which strongly suggests that the organizer’s outdoor “mega-events” check for proof of vaccination or a negative COVID-19 test.

A mega-event is categorized as an event of more than 10,000 people. In previous years, the Encinitas Holiday Parade, which is scheduled for Dec. 4 in downtown Encinitas, has drawn upwards of 20,000 spectators.

The “Beyond the Blueprint” guidance from CDPH was updated just before this week’s council meeting but the guidance surrounding outdoor mega-events was unchanged.

Deputy Mayor Tony Kranz said he understood why the original decision was made but believed it was still important for the city to hold the parade this year.

“When I started reflecting on it I thought that the one thing that we could really use right now is a very normal tradition of ours in this city,” Kranz said.

City staff and volunteers will wear masks during the event and attendees will be strongly encouraged to wear masks as well.

Kranz also floated the idea to move the parade from Coast Highway 101 to the El Camino corridor to create more space for social distancing, but the parade will continue to be held on the Coast Highway in December.

The dissenting vote came from Councilwoman Kellie Shay Hinze, who said she was still cautious regarding the ongoing pandemic. After consulting with friends and family in the health community, Hinze said she thought it best to not hold the parade if the city was unable to check for vaccination status or a negative test.

“Between now and the date of our parade is another opportunity for travel with Thanksgiving and a lot of people will be gathering and what we’ve seen is a spike around this time of year,” Hinze said. “That being said I just can’t feel really great about the city going forward with it.”

Mayor Catherine Blakespear said that with other similar events being held in the city and hospitals not currently being overrun despite those events, she was also in support of reinstating the holiday parade.

“The FDA just approved for kids to get the vaccines and many of them will have had it by the time the parade happens,” Blakespear said. “I do think this is a very important community event which my family and I have enjoyed, as have so many families in this community have, for so many years.”

Kranz urged unvaccinated residents to get their shot before the parade.

“I would hate for this event to become a superspreader event obviously and therefore I would encourage everyone who is vaccine-hesitant there is time to get your two shots before the parade,” Kranz said.