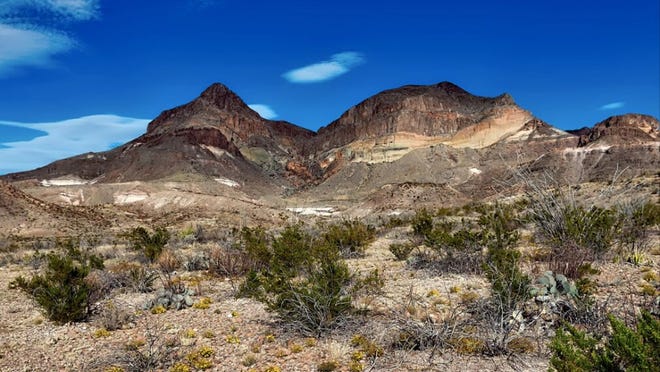 A sizzling week of triple-digit temperatures was expected in Carlsbad over the next seven days as the summer heat sets in amid continually worsening drought conditions throughout southeast New Mexico.

Although there were slim chances of thunderstorms and rain Thursday and Friday, both days were above or near the 100 degrees Fahrenheit mark, with the National Weather Service predicting a high of 98 degrees and 104, respectively.

Saturday was expected to climb further to a high of 105 degrees and Sunday was forecast at a high of 108 degrees, per the National Weather Service.

Next week was also expected to start off hot and dry with highs of 107 on Monday and 105 degrees on Tuesday.

A longer-term forecast from AccuWeather expected the middle of next week to cool down slightly to a high 99 degrees on Wednesday and a 40 percent chance of rain in the evening.

That potential for moisture was expected to subside Thursday with a high of 97 degrees, and 100 degrees on Friday.

There could be another bout of rainfall the following weekend, per AccuWeather, with a 40 percent chance on Saturday and Sunday. 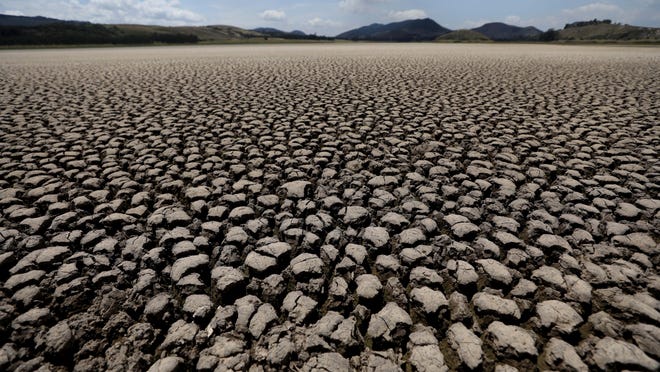 The National Weather Service reported Thursday that this week’s storm potential could create hazardous weather in the Guadalupe Mountains area of Eddy County and in Lea County, also impacting West Texas counties along the border.

But that would only be a brief escape from a long-term, devastating drought reported throughout New Mexico this year, said Weather Service Meteorologist Scott Kleebauer of the Midland-Odessa Office, who said the dry summer heat typical of the region was already in full swing at the start of June.

“We’re looking at hot weather pretty much area-wide this weekend. It’s going to carry for the next week. Sunday is looking like the hottest day,” he said Thursday. “Considering the pattern, we’re probably looking at multiple records being set, especially west of the Pecos River.”

He said spring ended especially hot, with multiple triple-digit highs reported at the end of May.

This indicated it would be an especially hot summer, Kleebauer said, even for the arid southeast region of the state.

And there were no visible changes in the pattern coming up, he said, with the rainy monsoon not expected until the end of the month.

“This is the start of the summer heat. We did kind of have it start the past couple weeks. We’re already well warmer than last year,” Kleebauer said. “It’s definitely a warm start to summer and it’s likely going to continue. There’s nothing really showing that it will cool down at any point.”

The state struggled under worsening drought conditions that continued in early June, per the U.S. Drought Monitor.

The Monitor’s latest report issued Thursday showed 90 percent of New Mexico was in “extreme” drought conditions – the second-highest rating – and 47 percent was in the worst class: “exceptional” drought.

Those ratings held steady from the last week but mark strong increases from 35 percent extreme and 4 percent exceptional three months ago, the report read.

Exceptional drought was reported in all of eastern Eddy County, and the northwest portion of Lea County, along with about three quarters of Chaves County to the northeast.

Further north, counties along New Mexico’s eastern border to Texas, Roosevelt, Curry, De Baca and Quay counties were completely in the exceptional category, per the report.

When drought elevates to the exceptional class, per the Monitor, large rivers run dry, and no surface water is available for agriculture.

This year’s drought was so far worse than last year, the report read.

On the same date in 2021, about 65 percent of New Mexico was in extreme drought, read the report, while 33 percent was exceptional drought.

“We’ve been in such a dry pattern for so long. Usually dry begets dry. It’s hard to break those weather patterns. It’s just the nature of how it works,” he said. “If it’s really dry for an extended period of time, you usually need something anomalous to come through. Right now, there’s really nothing on the horizon to break that pattern.”

In the meantime, he urged people to stay hydrated and indoors during peak heat, usually between 10 a.m. and 5 p.m.

“This is going to be the solid, dry heat. We’re going to be seeing very dry conditions,” Kleebauer said. “Don’t go outside in the middle of the day if you don’t need to. Heatstroke and heat illnesses can creep up on you.”