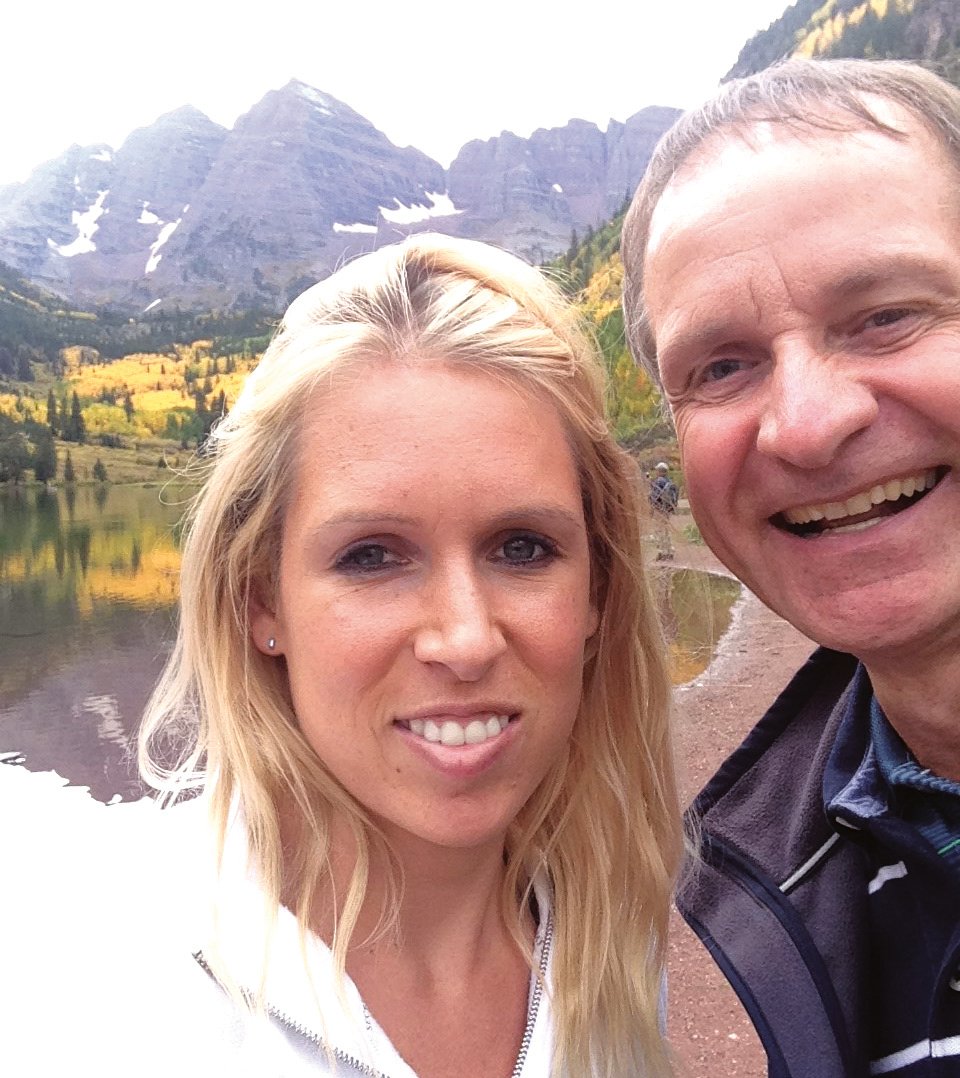 This is the tale of two travelers. One carefully planned his journey; the other most certainly did not. Both stepped out of their comfort zones and found the rewards.

The first is the story of Phil Moser, a flatlander from northeast Indiana, who, in July 2018, gathered with family and friends in Colorado’s Rocky Mountain National Park. The 9,240-foot-high trailhead was the start of their 10-hour, round-trip hike to Sky Pond.

The hike to this ethereal destination would be difficult; they’d need supplemental oxygen to reach the nearly 11,000-foot-high lake. But they had a clear purpose for the arduous journey — to commemorate the life and spirit of his daughter, Brittany Moser, who had died unexpectedly at the age of 32, and to scatter her ashes.

Moser writes of his daughter, their relationship and her quest to see all the things on her Colorado Bucket List in “Free and Fearless: The Amazing Impact of One Precious Life.”

“I love talking about this subject even though it brings up the sense of what I don’t have anymore,” Moser said in a telephone interview, “but the positive inspiration that she gave me far outweighs that her life got cut short. Her inspiration is so powerful that I want to share it.”

Brittany, a “happy-go-lucky flight attendant,” professional videographer and adventurer who fell in love with Colorado after moving there, succumbed in 2017 to Addison’s disease, a rare disorder that occurs when the adrenal glands fail to produce hormones.

Moser and Brittany, the younger of his two daughters, had been working their way through the bucket list; they had visited 13 of the 20 locations. The list included Bridal Veil Falls, Lookout Mountain, Royal Gorge Bridge and Garden of the Gods. Moser went on to finish the list with others.

“Brittany loved Colorado,” Moser said. “Moving there was a game changer. She loved being outdoors … and with her attitude she could overcome any obstacle.”

Overcoming obstacles was a daily — sometimes hourly — challenge for David Paul Collins after finding himself as an involuntary crew member on the world’s largest iron ore freighter. It was the summer of 1956; Collins was 15 years old, and he wanted to see the world outside his Boston neighborhood.

But his plan to get a job on an East Coast tourist ferry took a sharp turn after he was kidnapped (shanghaied) in Mobile, Alabama.  He was carried aboard an African freighter, the SS Iron Prince, and was plunged into a world that was completely antithetical from his Irish Catholic upbringing.

“I wanted to see what was beyond the horizon,” Collins said in a telephone interview from his Corona Del Mar home. “I wasn’t running away from anything. I thought I’d be back in a few weeks.”

Instead, it was three months before Collins was reunited with family. He relates his experiences in great detail and color in “Shanghaied: Based on a True Story,” a book being marketed as fiction but “actually every word is true,” Collins said. “I originally wrote the book in the first person as a memoir.”

But it was bad timing for memoirs.

It was 2006, and “A Million Little Pieces,” a sensational memoir by James Frey, had just been exposed as a mostly fraudulent autobiography. The saga got a lot of press and involved Oprah, big-time publishers and other prominent players. And so, Collins’ book became “based on a true story.”

Warning to helicopter parents: Don’t read this book. Collins, or Jack Sligo as he calls himself in the book, finds himself in a marathon of precarious situations and scary challenges. The working conditions aboard the freighter are sometimes inhumane and the food barely edible. Collins (Sligo) learns the facts of life in unconventional settings and creates unlikely friendships, which he still holds today.

“The young mind encounters the unknown and it becomes indelible,” Collins said, explaining how he remembered details of his summer at sea. “I can remember being in that hell chamber (ballast tanks) at 120 degrees chipping paint blisters in abject darkness as if it were an hour ago.

“Of course, meeting the bo’sun again so many years later helped immensely. I flew back to the Cayman Islands a couple times to interview him and he always had one or two other guys from the crew.”

Upon further thought, Collins added, “I was very lucky I didn’t have any problems. I was totally naïve. I get uncomfortable when I think about it.”

If you have adventures to share, email [email protected].