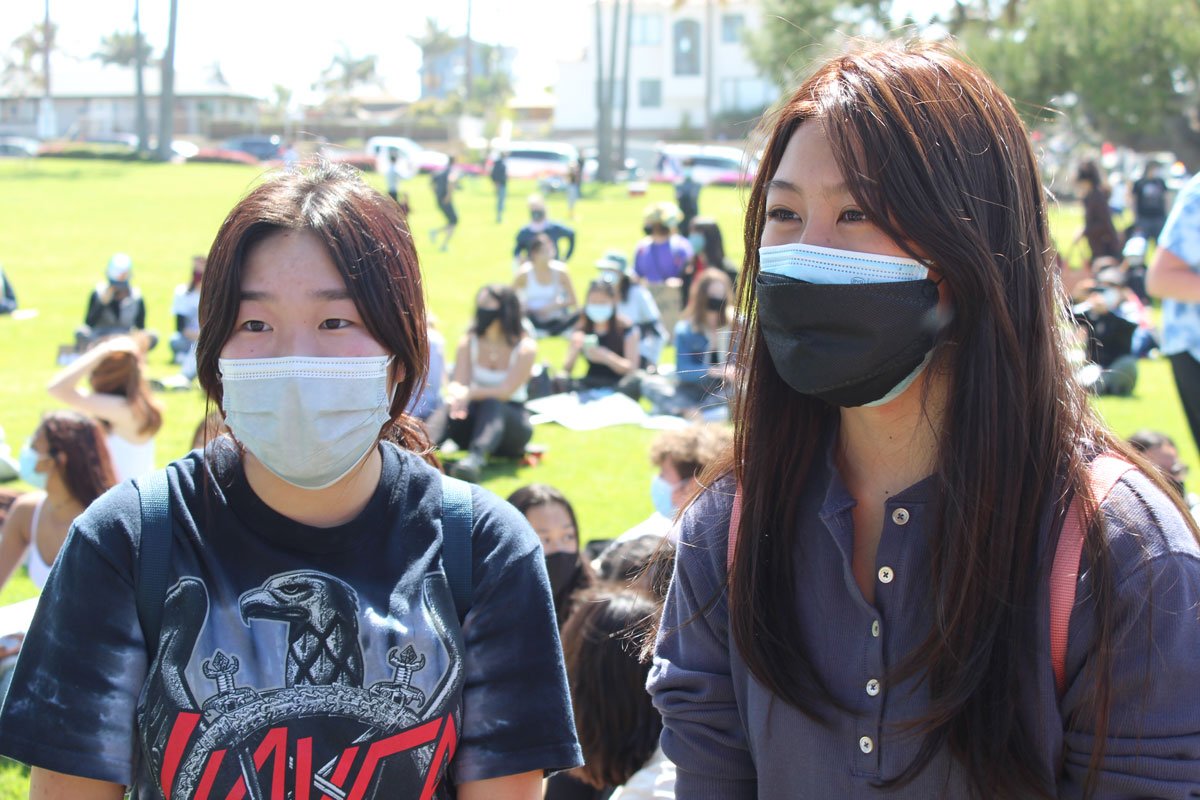 CARLSBAD — A pair of North County high school students have rallied hundreds of people in response to a national spike in hate and violence directed against Asian Americans since the start of the COVID-19 pandemic.

“I felt we needed to something,” Chong said.

Both girls said it was an opportunity to bring a voice to local Asian American residents and to rebuke the use of racist terms to describe the coronavirus, including “Chinese Virus” and “Kung Flu,” among others.

Speakers at the rally said this type of derogatory rhetoric, most notably used by former President Donald Trump and far-right political pundits, has fueled a significant rise in anti-Asian hate crimes across the country.

In 2020, hate crimes against Asian Americans in the country’s largest cities have increased by 150%, according to the Center for the Study of Hate & Extremism at California State University San Bernardino,

On March 16, a White male in Atlanta shot and killed eight people, six of whom were Asian women, sparking national outrage.

Lee, Chong and a number of speakers on Sunday said the shooter had deranged sexualized fetishes about Asian women leading to the rampage.

“It is our duty as Asian Americans and young people to act now,” Lee said.

Those attending began their march in Carlsbad Village before walking to Cannon Park escorted by the Carlsbad Police Department. Residents of all ages, ethnicities and religions carried homemade signs, led chants, receiving honks of support from passing vehicles.

Speakers also shared personal experiences of racism, microaggressions and stereotypes they’ve suffered. According to Lee, racist stereotypes include descriptions of Asians as quiet and submissive and remarks about physical characteristics such as eye-shape.

“We don’t have direct answers or a solution,” Lee said. “We need to stand as a community and show unity.”

Three Chinese American women — Li, Lulu and Cindy (all of whom declined to give their last names) — also attended the rally. The three said they legally immigrated from the communist country to the U.S. 20 years ago to pursue their own “American Dream.”

Lie said it was their chance at a better life, including freedom and the ability to provide for their families and raise their children. Lulu added it’s her job to protect her daughter’s future, and while she hasn’t had many bad experiences, Lulu said it was important to show support for the Asian-American community.

Cindy added the U.S. is supposed to provide equal opportunity and rights to all its citizens. Cindy noted she pays her taxes, just like every other citizen, and it’s disheartening to be judged based on her face, hair and skin color.

“I believe in this country,” Li said. “Hate doesn’t solve any problem. We need to respect each other, their culture and background.”