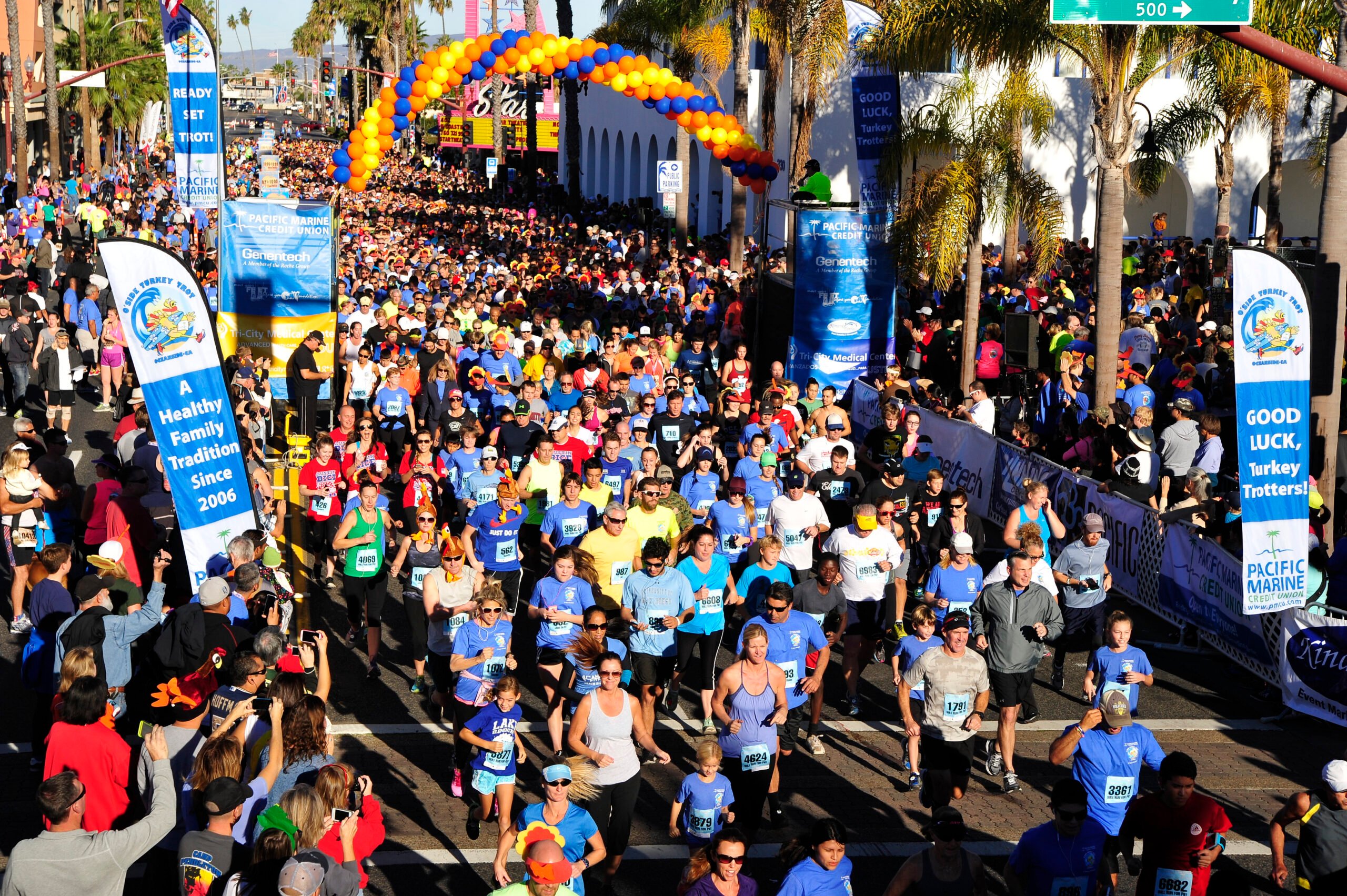 CARLSBAD — Kinane Events celebrated its’ 30th anniversary Aug. 27. The Carlsbad-based organization has helped raise more than $20 million for local non-profits through marketing and managing runs and walks during the past 30 years.

The organization started as a home-based business in Oceanside and has been based in Carlsbad since 1993. The team primarily serviced Orange County and events in San Diego proper until 2006, when they founded the O’side Turkey Trot, and soon after the Move Your Feet Before You Eat Foundation. The Trot benefits non-profits that serve Oceanside residents. The company was started by owner Kathy Kinane, a former coach at UCSB and qualifier for the U.S. Women’s Olympic Marathon Trials. Her passion for running and leading a healthy lifestyle was focused on race directing, management and marketing business. For her, it was a true labor of love.

The Kinane Events team of coordinators and vendors are known for executing large participatory events on the highest level. Each coordinator has always taken personal ownership in the events and was passionate about creating the best experience for all stakeholders whether they were sponsors, participants, vendors or media. Most of the Kinane Team Legacy members have been creating and managing together for more than 15 years and some as long as 25 years.

In 2000, Kinane was recognized by OC Metro Magazine as one of the Top 25 People in Orange County for her teams’ efforts in managing up to 12 large events/year including the OC Race for the Cure. The Race For The Cure attracted 28,000 runners and walkers and raised $2.9 million dollars with one event. The 2000 Race For The Cure was the 10th largest event of any kind in the U.S. Kinane and her team were very proud to be recognized for their efforts despite being based in Carlsbad.

In 2003, Kinane was recognized as race director of the year but Competitor Magazine. At the time they were managing OC Race for The Cure, Dana Point Turkey Trot and San Diego Liberty Run Walk. The company’s events continued to grow and in 2003, Kathy’s team marketed and managed events which attracted 54,000 runners and walkers.

In 2014, Kinane was honored, with her team, as the Women Trailblazer by Running USA, a national organization made up of many of the largest races in the country.  The COVID epidemic has not dampened their enthusiasm.

Kinane Events currently manages the 16th annual O’side Turkey Trot, Santa Anita Derby Day 5K in Arcadia, and the Move Your Feet Before You Eat Foundation Miles of Smiles Program. The team is expecting to open registration for the Trot the first week of September, at Osideturkeytrot.com.