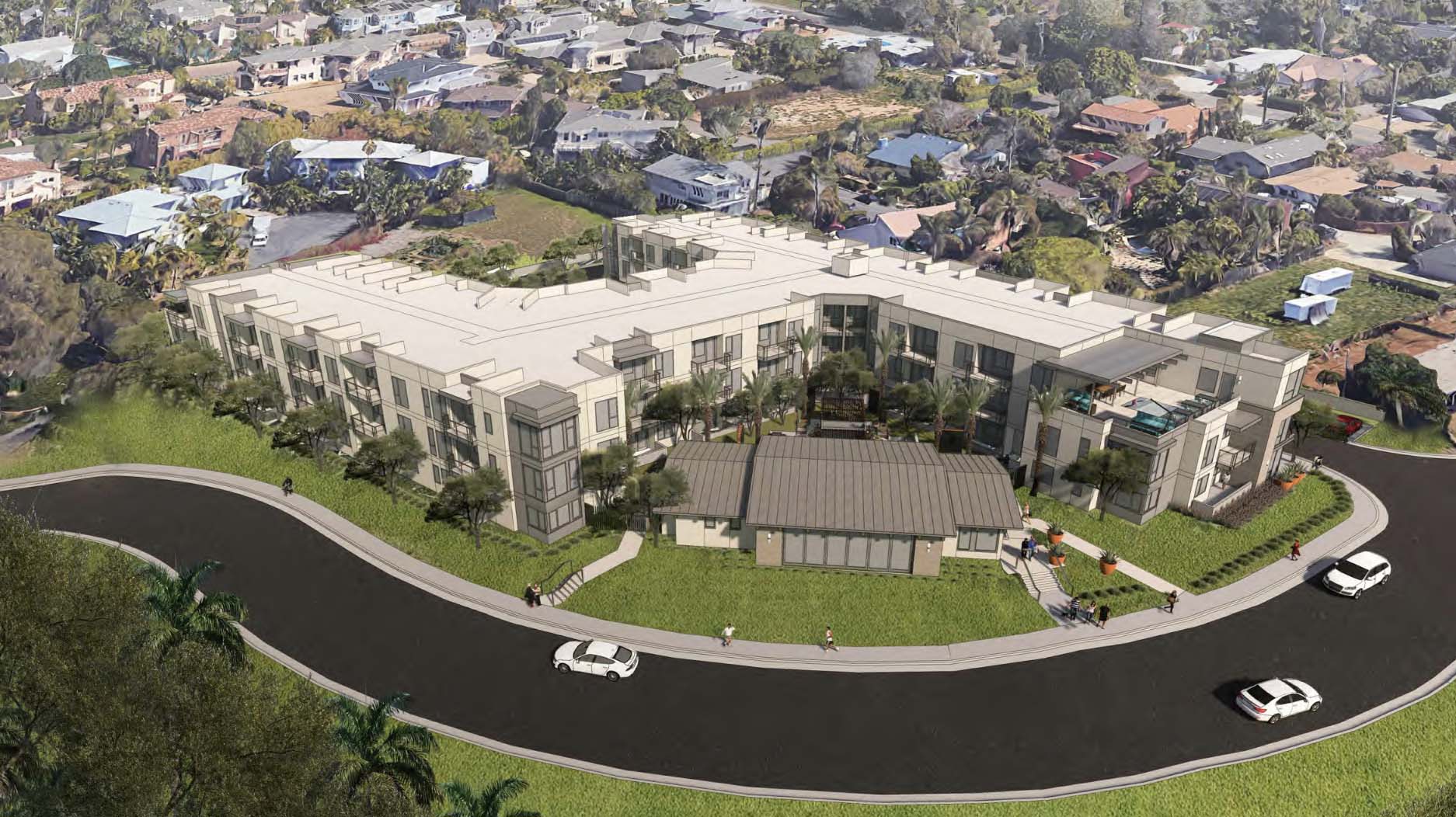 ENCINITAS — Residents of northwest Leucadia made their feelings and concerns known regarding a new apartment development on Vulcan Avenue and La Costa Avenue during a city Planning Commission meeting this week.

The project — a three-story, 72-unit apartment building at 1967 Vulcan Avenue — sits within an R-30 overlay zone and with 12 units made available to lower-income families, meets the city’s requirements for by-right approval.

The project will also include 60 market-rate units along with a leasing and amenities building and 111 parking spaces.

A traffic study for the project was performed in February 2020 and found no issues, but that was before the state’s COVID-19 stay-at-home order was in place which greatly affected traffic patterns.

Residents at the commission meeting were concerned that the study was not completed during peak traffic periods and does not accurately reflect current driving conditions.

“That was before the new hotel even opened,” Leucadia resident Elena Thompson said in reference to the Alila Marea Beach Resort which opened in March of 2021. “Traffic studies need to be done at peak times and certainly with a 220-car parking lot, this traffic study is not valid for this project.”

The placement of the project along La Costa Avenue also raises concerns from residents who have already had many complaints about the traffic and safety of the corridor.

Recently, the Encinitas City Council agreed to add an all-way stop at the intersection of La Costa and Vulcan avenues as it considers other options to improve the traffic safety there and along the La Costa Corridor.

Several residents called for the project to be completely redesigned before it is approved by the Planning Commission.

“Let’s not only get it right, let’s make sure that our public safety and our health and safety are protected,” Thompson said.

Some also expressed concerns about the design of the project. The community in northwest Leucadia is one that is important to many of its residents and some believe a large apartment complex does not fit.

“When big buildings like this keep coming in, you ruin the identity of the community,” resident Melissa Johnson said.

Wermers Properties, the developer for the proposed project, said they have reached out for community input but not all are happy with how their input has been received and utilized.

“The impression I got was that the developer was actually pretty hostile, not taking in community comments,” resident Nicola Ranson said. “Having said that I can see that there has been some mitigation in the design but not nearly enough.”

Austin Wermers, the development manager for the project for Wermers Properties, said the issues of the residents have already been addressed in the city’s report.

“With our open-door policy we’ve sat and met with these individuals and talked about many of these issues,” Wermers said.

Because the project falls into approval by-right, there is not much for the commission nor the city to do since it meets the requirements laid out by the State of California.

The Planning Commission ran out of time after a lengthy public comment portion of their meeting and did not hold discussions.

Instead, the item was continued to the commission’s meeting on June 17 where the topic will be picked up following the close of public comment this week.