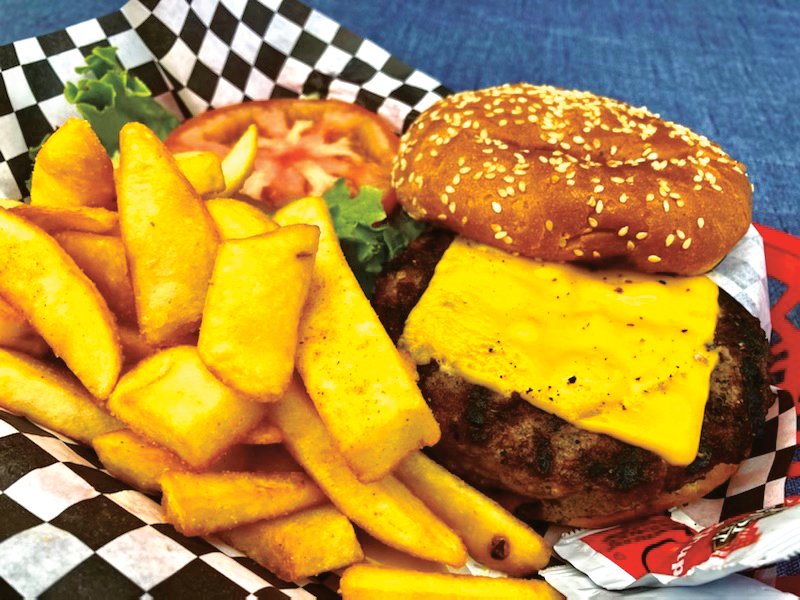 I’ve always had a history of gravitating toward the less popular drinking establishments, those void of pretension and frequented by folks who value a cheap, stiff drink, a decent jukebox and in many cases, a grill or a flattop cooking up some decent grub.

These joints are also referred to as dive bars, but I’ve found that with the gentrification of many of them, that term has become somewhat annoying as we’ve all heard the suburbanite proclaiming their love for “a good dive bar.” And, yes, I could be included in that category but feel my history gives me a little more credibility than most.

That history started at a bar in Royal Oak, Michigan, called Gusoline Alley that, back in the day, was filled with bikers, alternative rockers and older men who used it as an escape from whatever their day-to-day was. It had a killer jukebox, pickled eggs, and Jiffy Pop popcorn so it was not big on food options, but me and my friends made it our own as it was a place for competitive pinball and no pretensions … meaning we could be the dorks that we were.

Fast forward several years and Gus’, as we called it, was voted Best Dive Bar by the Metro Times. And while we scoffed at the distinction, we secretly embraced it, as women started showing up and that was not a bad thing at all.

I should also note that my family shares my love of the dive bar and my oldest brother Michael even co-authored a book about it in Cincinnati called “Diving Out” that I took the liberty of using in my headline.

Since my arrival in Encinitas, the Saloon of 20 years ago, Cardiff Office, The Shanty, and O’Hurley’s have satisfied my dive bar jones, each in their unique ways but with too many very attractive beachy types frequenting them to really qualify as a true dive bar.

Since then, dive bar culture has become a thing, and it’s rare to come across a real, undiscovered by the masses, down and dirty dive. One More That’s It (OMTI) in Oceanside is that bar, and it’s not new to me as I’ve been working around the corner from it for the past five years.

Walking or driving by, I’m always amazed at the boisterous daytime crowd and curious about the scent of grilling meat, like that of a neighbor grilling up burgers over a bed of charcoal. The flag out front with “burgers” on it confirmed that and was all I needed to get there recently on a lunch break.

As I walked in the door in jeans and a green Patagonia Encinitas “Winter” jacket (I say that in jest), heads turned like I was from another planet. And I guess trendy/surfy Leucadia could be considered another planet, but I work for a solar contractor and we hardly dress up. It took a while to get the attention of the solo bartender and I just ignored a couple of indecipherable comments directed my way but was finally able to order a burger.

They have a nice size outdoor area, so I planted myself out there with the smokers … another key element to a true dive bar. Given that the solo bartender was busy slinging drinks for some serious day drinkers and tending the grill, I checked my typical impatient food service attitude at the door and just soaked it all in.

Day drinking has always been reserved for special occasions, but I feel like the next time I hit up OMTI I should definitely be prepared to order at least a beer and not the Coke I had with my burger, and a mighty fine burger it was.

There is something special about a char-grilled or flattop fried burger at a limited menu dive bar. Maybe it’s just me romanticizing the environment, but I’ve never been a huge fan of overpriced fancy burgers from restaurants trying to upscale them.

So, with all that, if you are an aficionado of real deal dive bars that open at 6 a.m. and serve up a solid burger, and you’re not easily put off by a somewhat raucous environment, check out One More That’s It.