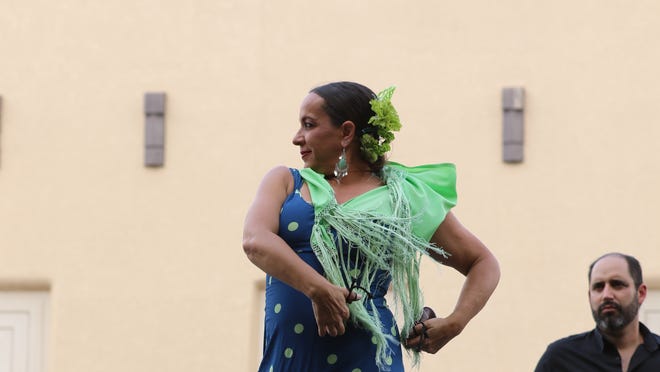 Live performances of traditional dances accompanied the ‘Wonder on Wheels’ mobile museum at the Halagueño Arts Park on Wednesday.

The mobile museum is housed in an RV and travels throughout New Mexico with annual exhibits.

This year its exhibit is called ‘Musica Buena: Celebrating Music in New Mexico from the Museum of International Folk Art.’ The museum was available to the Carlsbad public on Wednesday afternoon.

Its presence was accompanied by several live performances.

The event was sponsored by Pearl of the Pecos, Carlsbad Public Library, the Museum of International Folk Art and Wonders on Wheels.