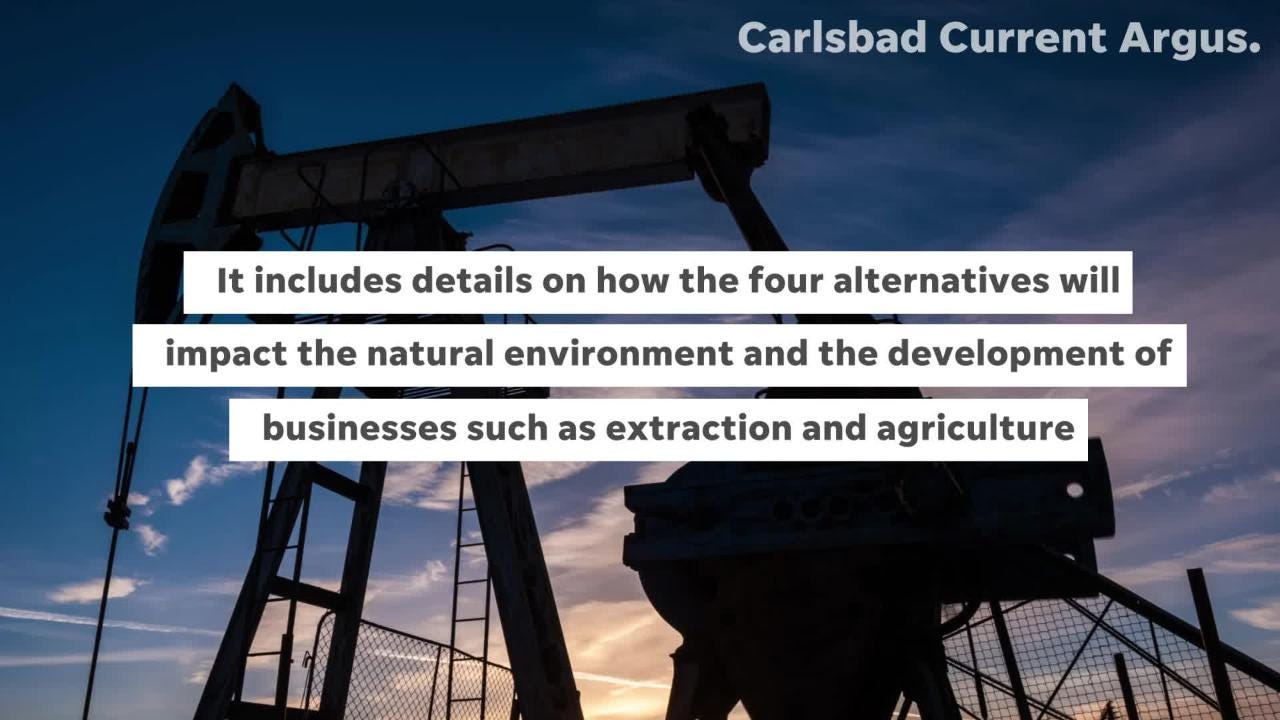 New Mexico will aim to preserve almost third of its public land from development in the next decade after Gov. Michelle Lujan Grisham signed an executive order last week to join efforts on the federal level implemented by the administration of President Joe Biden.

Lujan Grisham’s order committed New Mexico to a “30×30” initiative, which would see 30 percent of state land conserved by 2030.

The order directed multiple state agencies to use their authority to put forth conservation programs on public lands, and target funding by leveraging existing state money.

The agencies will meet quarterly to assess New Mexico’s progress toward the 30×30 goal, reporting the governor annually.

Lujan Grisham said the order aligned New Mexico with the Biden administration and a goal of keeping average global temperature increases below 1.5 degrees Celsius while also mitigating the impacts of pollution on climate change.

The move would follow the federal government’s “America the Beautiful” initiative, she said.

More:Oil and gas industry in New Mexico could drill for almost 2 decades with no federal leases

“Today we promote a broad view of conservation that reflects the importance of traditional resource protection, access for outdoor recreation, contributions of working lands, and tribal sovereignty and self-determination,” Lujan Grisham said “We have set the wheels in motion to conserve our state’s incredible natural resources and ensure that New Mexico remains, forever, the Land of Enchantment.”

Kayley Shoup with Citizens Caring for the Future and a resident of Carlsbad, a city in New Mexico’s leading oil and gas region in the southeastern Permian Basin, said the 30×30 efforts would benefit “frontline” communities located near heavy fossil fuel development.

“I’m glad to see New Mexico moving towards more a conservation-focused mindset. Frontline communities like ours have a lot to gain through efforts to protect our land, air, water and wildlife,” Shoup said.

“We applaud the governor for taking this action and look forward to working with her and others to ensure New Mexico communities are better protected from the effects of drought, oil and gas development and climate change.”

“The science is clear that responding to climate change, enhancing biodiversity, and increasing carbon sequestration can be accomplished through land conservation,” Propst said. “Actions to implement the 30×30 Executive Order will build our climate change resilience for future generations.”

Environmental groups applauded the order as a means to prevent increased global warming and the impacts of pollution on wildlife and the environment.

More:The Living Desert Zoo and Gardens State Park in need of volunteers due to COVID-19

“Conserving our public lands and wild places is necessary to combat the climate crisis that is getting more dire every year,” said Mark Allison, executive director of New Mexico Wild. “As the planet continues warming and we experience record droughts, it is clear we must act so there is something left for future generations.”

On Monday, the U.S. Department of the Interior (DOI) announced the U.S. Fish and Wildlife Service would expand hunting and fishing in 2.1 million acres across the country, labeling it the largest expansion of outdoor recreation use on public land in “recent history.”

The rule increased the Service’s National Wildlife Refuge System to allow the public to hunt at 434 units and fish in 378 units.

In New Mexico, the Las Vegas National Wildlife Refuge was opened to elk, rabbit, dove, light goose and dark goose hunting – allowing harvest of upland and big land game for the first time at that location.

The rule would also align hunting and fishing regulations with state regulation.

Interior Secretary Deb Haaland, a former New Mexico congresswoman, said improving outdoor recreation throughout the U.S. was part of the federal government’s own 30×30 initiative which Haaland pushed while serving in the U.S. House of Representatives.

“Increasing access to outdoor recreation opportunities is essential to advancing the Administration’s commitment to the conservation stewardship of our public lands,” Haaland said in a statement. “Responsible hunting and fishing helps to promote healthy wildlife habitats while boosting local recreation economies.”

Hunting, fishing and other outdoor recreation activities contributed up to $156 billion to the nation as of 2016, per a five-year report Service’s National Survey of Fishing, Hunting and Wildlife-Associated Recreation, while the DOI reported more than 101 million Americans – 40 percent of the U.S. population 16 and older – participate in outdoor recreation like hunting and fishing.

“Today’s announcement furthers a rich tradition of providing quality outdoor recreation experiences to the American people on our public lands,” she said.

“By expanding these opportunities, we are enhancing the lives of millions of Americans while stimulating the national economy to which hunting and fishing contribute significantly.”