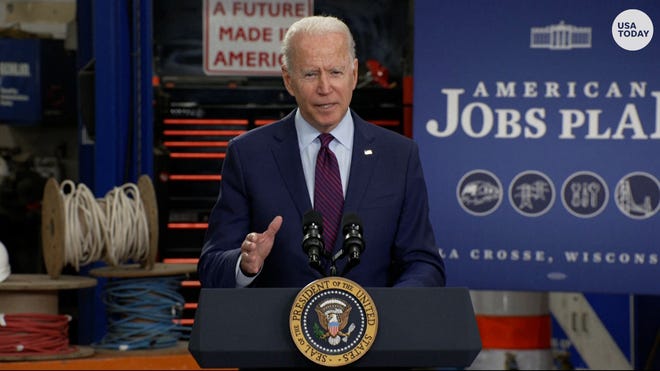 President Joe Biden signed the Infrastructure Investment and Jobs Act Nov. 15, which included language from the Lujan-sponsored Reduced Driving for Everyone (RIDE) Act.

Lujan, a victim, and survivor of a drunk driving accident welcomed the legislation.

“There is driving performance monitoring. Driver monitoring and alcohol detection,” she said.

Otte said driving performance monitoring could improve safe driving behavior by using cameras and alerts during actions like lane changes, and could detect when motorists are inebriated.

“Much of this technology is on vehicles today. Driver monitoring would put cameras in the dash (board) or rear-view mirror and monitor a driver’s eye gaze whether they’re looking down too long or distracted or otherwise impaired,” she said.

Otte said alcohol detection technology puts sensors in a vehicle’s steering wheel or start button that would test the amount of alcohol a person had.

“MADD has submitted a request for information (RFI) to the National Highway Traffic Safety Association (NHTSA) detailing 241 different types of technology that are already in development or have patents in cars,” she said.

Otte a drunk driving victim herself was sitting on a jet ski on a Kentucky lake nearly 11 years ago when the operator of a bass boat crashed and threw her off the jet ski.

“I landed face down in the water and the boat went up over the jet ski and landed on top of my body,” she said.

“I sustained life threatening and lifelong injuries head to toe, including a traumatic brain injury, a broken neck and the loss of my right leg.”

“I will fight for the rest of my life to ensure there is a last little girl that this ever happens to and I used to say that I didn’t believe that will come in my lifetime. But now, because of so much support and the passage of this bill that I do believe we will see that day in my lifetime,” she said.

According to data from the University of New Mexico, there were 2,237 alcohol involved crashes in New Mexico in 2019 and 149 alcohol related fatalities.

“We know that drinking and driving is a choice,” Otte said. “It is not an accident. It is not a mistake. It is a choice and it’s a crime and we know that no matter what we do there will always be people who will try and make that choice.”

“The role of this technology is to take that choice out of their hands,” she said.

Otte said the new technology could stop a vehicle or not start one based a person’s drunk or impairment status.

“We will continue to encourage individuals to plan ahead before they take that first drink by designating a non-drinking driver or making arrangements in advance for a safe ride home,” she said.

Sharif said Eddy County’s DWI Program relied on increased DWI enforcement and encouraged citizens to call 911 if they see a drunk or impaired driver on roadways in Eddy County.

“One thing we all have in common is that we share these roads,” she said.