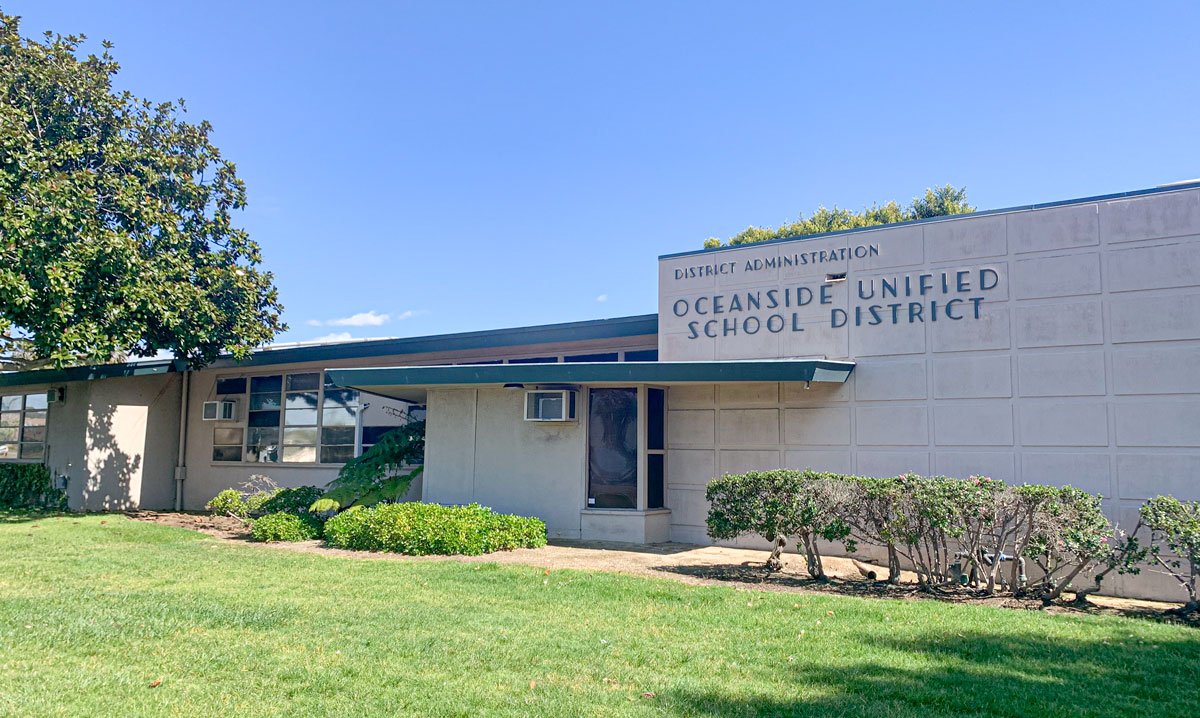 During the March 9 regular board meeting, the Board of Education approved the return of all secondary students in all middle and high school (grades 6 to 12) to return to campus in a hybrid, in-person instructional model starting March 29.

The district’s elementary students already returned to campus on March 15.

According to the district, this decision was made in anticipation of San Diego County entering the less-restrictive red tier. The California Department of Public Health (CDPH) does not allow secondary students to learn in-person until counties enter the Red Tier first.

According to Todd Maddison, a school activist with the Parent Association of Oceanside, many of the district’s parents are “fatigued” from waiting on the district to return students to campus.

“It’s like, ‘O.K., finally’ for them,” Maddison said. “Some are just ecstatic that their kids are going back… others think the current plan is too little too late and it’s just meant to placate people.”

Though the final schedules for students are still being established, one thing is for certain: with this current plan, the students are not returning a full five days to the physical classroom, which is what many parents both in the district and the county, in general, are anxiously waiting for.

As The Coast News has previously reported, several residents backed by the Parent Association of North County took legal action against Gov. Gavin Newsome and other state officials, as well as San Marcos Unified, Carlsbad Unified, San Dieguito Union High, Poway Unified and Oceanside Unified school districts in February. The lawsuit alleges the state has overstepped its authority and that their decision is directly negatively affecting students’ mental health.

The lawsuit is challenging the state’s rules that prohibit middle and high schools from reopening until their county achieves a case rate consistent with the state’s red tier classification, and seeks to have all schools open fully and immediately.

On March 15, a judge granted the lawsuit’s request for a temporary restraining order against the state, prohibiting them from applying and enforcing the state’s January 2021 Framework as well as anything similar that includes provisions from that framework.

Districts must now appear to court on March 30 to demonstrate why they cannot reopen schools for in-person instruction to the greatest extent possible as soon as possible.

Maddison and several other parents from the Parent Association are excited about the judge’s temporary restraining order.

In the original complaint, families reported a lack of academic support for students struggling with remote learning. Maddison explained that this has disproportionately affected students across the district.

When he ran for school board last year, Maddison knocked on thousands of doors in the district’s Area 5 where he lives and asked how things are going with distance learning. He learned that in some neighborhoods like where he lives, families have created learning pods, hired tutors and implemented other solutions to keep their kids engaged meanwhile parents in lower-income neighborhoods are often forced to leave their children home alone to be expected to do everything on their own.

Maddison’s own family has been affected by distance learning. Though his daughter, a junior at El Camino High School, is a good, computer-savvy, self-motivated student, she has been basically isolated to her room for the last year without any of her extracurricular activities to attend.

“She was a theatre kid involved with the Star Theatre, and she was singing and dancing everywhere all the time,” Maddison said. “Now, she’s doing nothing.”