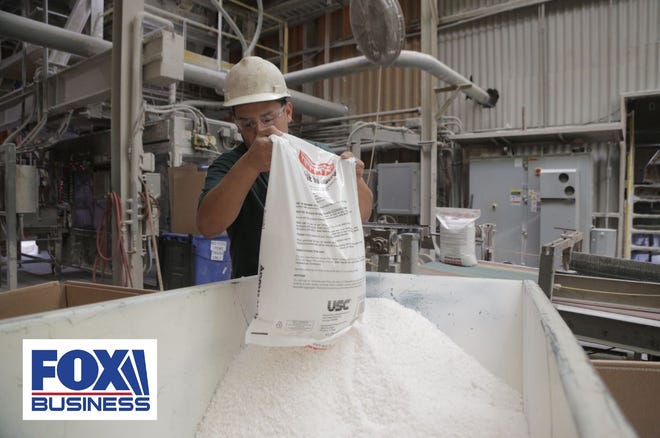 Carlsbad produces a lot of salt.

Known for extraction of minerals like potash and crude oil, the Cavern City is also the source of much of the salt the nation uses to prevent icy roads in other, colder parts of the U.S.

A study from the New Mexico Department of Workforce Solutions ranked New Mexico 11th in the nation for salt production. And Eddy County was listed as the state’s top producer of the mineral for an array of uses like salting margaritas and melting ice off sidewalks.

On Monday, the Fox Business Network planned to air a special on Carlsbad and this lesser-known industry it supports, bringing famed host of “Dirty Jobs,” Mike Rowe and his new show “How America Works” to the local United Salt facility.

The show travels across the U.S. to feature various trades, their workers and local host communities for an inside look at America’s key industries.

Why Carlsbad was selected for Mike Rowe’s Fox Business show

Rowe said Carlsbad was chosen for the importance of its salt operations.

“American Workers are the salt of the earth, and nowhere is that more true than Carlsbad, New Mexico, where hardworking men and women get the salt we all depend on out of the earth, into the processors, and up north to our nation’s highways,” Rowe said.

“Not to overstate it, but without these guys, the first snowstorm of the season would stop interstate travel cold. In other words, thanks Carlsbad!”

“How America Works” features one-hour episodes focused on a specific industry and a working crew. Past highlights were of lumber and energy companies along with other infrastructure-based industries throughout the 13-episode season.

The Carlsbad episode will be the finale of the season, and President of United Salt Marcie Peters said the show was a “perfect opportunity” to spotlight her company’s workers.

“Our brand is built around a simple idea– our love of salt. Salt has many uses, but a truly vital one is its role in helping to keep our roads and highways safe and clear for our nation’s transportation network,” Peters said.

“‘How America Works’ has been the perfect opportunity to showcase hardworking people doing what they love while contributing to the greater good.”

“We produce a lot of deicing salt here in Carlsbad. We ship it to many parts of the country, to places where inclement weather can really slow things down,” he said. “We’re all really proud knowing that the hard work you see in the show actually plays an important role to help keep people safe.”