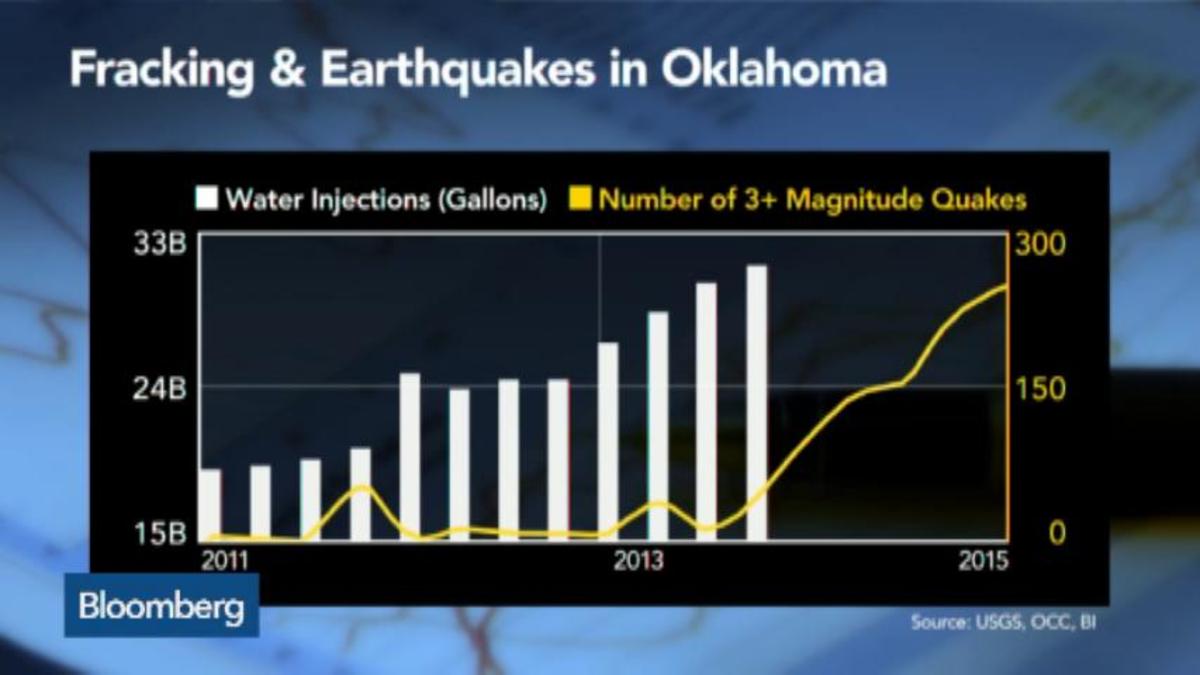 Multiple magnitude (M) 4 or 5 quakes were felt in the Midland area, leading the Texas Railroad Commission to declare a seismic response area (SRA) earlier this fall in the Gardendale region, calling for reductions in water disposal injection volumes.

Earthquakes at M 4 are generally felt but are known to cause minor damage. When recorded at M 5 or above, they may cause increasingly sever damage to structures and risk public safety.

Quakes below M 2.5 are not typically felt on the surface.

Injections rates for existing disposal wells – where water created as a byproduct of oil and gas drilling is disposed of by pumping it underground – were reduced to 10,000 barrels per day, while operators were required to report daily injection volumes and pressures to the Commission each month.

Wells permitted but not in service would not be allowed to begin injection, and the Railroad Commission said it would not issue any new permits in that area.

Then, in October the Railroad Commission announced it was creating a second seismic response area in northern Culberson and Reeves counties, just along the border with southeast New Mexico.

The Gardendale area is about a two hour drive to New Mexico cities like Carlsbad and Hobbs, but the recent SRA was closer and was more likely to impact operators in New Mexico.

In its announcement of the Culberson and Reeves counties SRA, the Railroad Commission pointed to 15 M 4 or greater earthquakes along the state line since Jan. 1, 2020, with six of those reported between Sept. 3 and Oct. 3, 2021.

That meant almost half of the heightened seismic activity in the area since last year occurred in the last month.

The Railroad Commission referred to this as an “unprecedented” level of activity. The latest SRA called for coordinated action in reducing disposal volumes and thus seismic activity. The Commission included with its announcement a list of 89 disposal wells in the area and proposed reductions in volumes.

The list included industry leaders like Chevron U.S.A. and Cimarex Energy, calling for injections to be reduced by more than half in some cases from the permitted amount.

The Commission said if its recommendations were not successful in reducing seismicity, it was prepared to act as it did in Gardendale and require that companies reduce their volumes of water injection.

Success to the commission, per the announcement, meant no more M 3.5 earthquakes in the next 18 months.

“Staff will use available public data and trends (for example, earthquake count, earthquake magnitude, and disposal volume) to evaluate the efficacy of a response plan,” read the announcement.

“Absent a coordinated industry response, RRC staff is prepared to implement its own seismic response action plan (SRAP) for the NCR SRA after 90 days.”

‘They need to start addressing it.’

Michael Hightower, director of the New Mexico Produced Water Research Consortium at New Mexico State  University – a project established in 2019 by the State to study and attempt to implement alternate uses of produced water beyond the oil and gas industry – said it was clear Texas’ earthquake problem was spreading toward New Mexico.

“It’s getting closer and closer to us. Absolutely.”

The Consortium worked closely with Texas regulators, Hightower said, aiming to devise technology that could treat produced water and recycle it for uses like agriculture or even drinking water – harnessing a new, plentiful source of water in the arid region.

Many oil and gas companies already recycle produced water for subsequent fracking operations, but Hightower said expanding the potential for its reuse presented an economic opportunity and a way to address environmental and water scarcity concerns tied to fossil fuels.

More:Permian Basin poised to ramp up oil and gas production as mergers cool and prices rebound

“The big issue is how do you reduce the volume of produced water you’re disposing of. That is the exact mission of the consortium,” he said. “There are a lot of companies trying to look at reducing the volume they dispose of.”

The State, through the consortium – made up of scientists, state agencies and energy companies – was targeting a goal of a 30 to 60 percent reduction in produced water disposal, Hightower said.

He said the economics could also make sense to the private sector, as the price of injection continued to climb in recent years, and companies hoped to reduce their environmental impacts in response to investor concerns.

“A lot of companies are looking at reusing that produced water and putting it to beneficial use,” Hightower said. “Generally, industry understands it’s probably the over-pressurization from saltwater disposal wells. They need to start addressing it. Treatment and reuse is one of those options.

“What we’re hoping we can do for the Permian Basin is work with counties on both sides of the border so we can come up with strategies in the future.”

Jason Jennaro, chief executive officer at Breakwater Midstream, a company specializing in transporting produced water, treating it and redelivering the cleaner water back to the oilfield, said the recent seismic activity made finding alternatives to disposal injection increasingly urgent.

The growing trend in seismicity meant big business for Jenarro and Breakwater. The company recently announced its second commercial-scale water recycling facility, meaning it can aggregate waters from multiple companies in the Midland Basin with a capacity of about 200,000 barrels per day.

The Morita Commercial Recycling Facility will enter Breakwater’s network of pipelines intended to transport produced water away from seismically active areas in the oilfield for treatment, and then back out to well sites for reuse.

Together with Breakwater’s other commercial-scale facility, the 360,000-barrel Big Spring Recycling System, the company estimated it could treat and distribute more than half a million barrels of produced water a day for the Midland Basin.

“Operators are looking for environmentally sustainable alternatives to disposal within these SRAs and seismic clusters, which is why system interconnectivity and commercial recycling is central to sensible stewardship of the water,” Jennaro said.

Regulatory action from the Commission, he said, will severely impact operations and force the industry to seek alternatives.

“It impacts what people can do operationally,” Jennaro said. “That’s why operators are very concerned about this. They know when an SRA is declared on top of them, it has the potential to materially impairing the value of their leasehold.”

Another harbinger of the growing problem, Jennaro said, was also the proliferation of smaller earthquakes, often not felt on the surface but indicative of increased activity.

He said this activity began to increase in 2017, when oil and gas boomed in the region, up to about three per day recently.

“We’re getting thousands of earthquakes per year. We just didn’t see anything like this in the past. It’s a call for stewardship and for folks to be better stewards of our water research,” Jennaro said. “That calls for not relying on disposal in areas of high seismicity and recycling more water.”

That could mean sending more water over the border to New Mexico to avoid Texas’ increased regulatory action and continue pumping water underground.

“When disposal is limited on one side of the border, it will have the impact of pushing water in Texas back up to New Mexico and impacting disposal there,” Jennaro said. “It will impact the hydrodynamics of water flow all around the SRA.”

While New Mexico has yet to see the seismic activity observed and acted upon in Texas, Sandoval said the State is closely watching what’s happening over the border, collecting data, and hoping to be proactive to prevent the problem from forcing its regulatory hand.

“We have seen some induced seismicity on the New Mexico side. It’s sort of along the Texas line and along the Lea and Eddy county line. We’re working with operators to gather data,” she said. “We want to ensure we’re being protective and managing things in proactive way so we can minimize seismic activity as much as we can.”