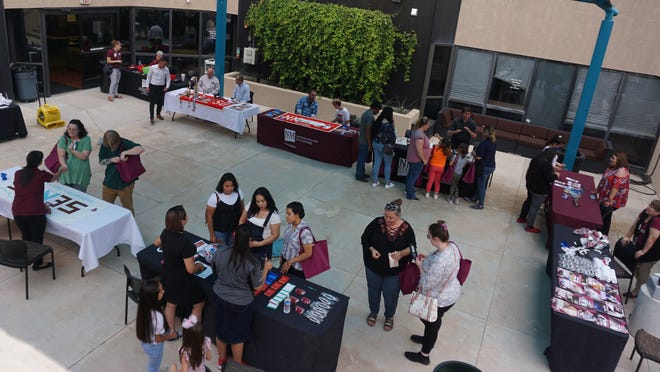 New Mexico State University Carlsbad began the process of transitioning to an independent community college with its own governing body.

The transition to become Southeast New Mexico College started on July 1 after Gov. Michelle Lujan Grisham signed House Bill 212 during the 2021 regular legislative session earlier this year. HB 212 created an avenue for the college to be managed locally according to an update provided during an open house on July 15.

New Mexico State University (NMSU) Carlsbad Interim President, Dr. Andrew Nwanne said the transition will be completed by the beginning of the fall 2022 semester. All students graduating before then will still receive an NMSU diploma. Nwanne said the college will keep all its current accreditation and programs but hopes to expand them with the community’s help.

Local input became a concern for the college after NMSU announced it would eliminate the campus president position formerly held by Dr. John Gratton. The college board would be charged with selecting a new president once it fully transitions to SENMC.

Nwanne said the transition will allow the community to be more involved with the college.

“Our priority is to make this campus a community centered institution. We want committed community involvement,” Nwanne said. “Without community participation we will not be optimizing what we want to do in terms of accomplishments.”

SENMC would establish a local Board of Trustees, made of five elected members, one for each Carlsbad Municipal Schools district. The Board would establish an advisory community council that will represent north and south Eddy County.

Nwanne said that having a local government for the school could shorten the time it takes to make changes and implement improvement by 60 percent. He said the election for the board would be held in November and that its first two priorities would be to address student housing needs and building a facility for technical programs.

Juanita Garcia and Raymond Dominguez gave information to prospective students and parents about the transition during the colleges first open house since COVID-19 took these events online. Garcia said she thinks it’s important for the community to have a say at the college to improve it.

“Carlsbad is so unique it’s easier for us to focus on community needs locally,” Garcia said.

According to the U.S. Department of Education College Scorecard 20 percent of NMSU Carlsbad students transferred to another school. Garcia said SENMC would still encourage students interested in transferring to a four-year college to go to NMSU or any other university they may be interested in.

The transition process requires NMSU to transfer property, titles, grants and funds to SENMC was still underway according to the update.