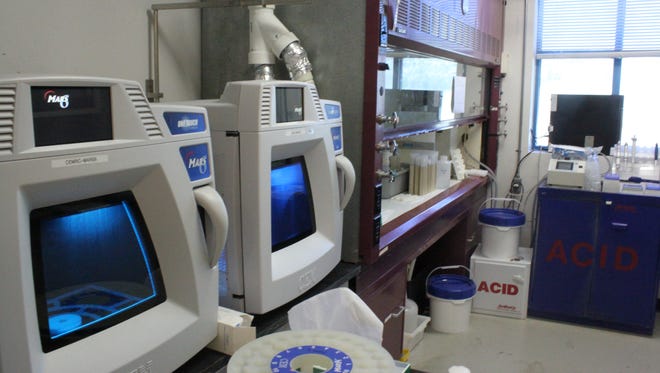 As New Mexico State University Carlsbad transitions into an independent college, the university will continue to have a presence in the community through the Carlsbad Environmental Monitoring and Research Center (CEMRC).

Ken Van Winkle, NMSU Carlsbad’s branch executive director said the transition will not affect CEMRC and the program will continue to operate with the university.

The research center is a collaboration between the Department of Energy Office of Environmental Management and NMSU to monitor radiation in the Carlsbad area.

Lakshmi N. Reddi, dean of the College of Engineering at NMSU, said CEMRC plays a vital role in the region’s health and industries.

Reddi said the center studies soil, air and water samples for signs of radiation. He said NMSU provides resources and allows the center to conduct independent and objective research, free of influence.

Reddi said the center was the first to detect radiation after the Waste Isolation Pilot Plant event in 2014 when a mispackaged drum of radioactive waste ruptured and contaminated multiple areas of the facility.

“We want to make sure that these services are available to evaluate radiation exposure in workers and also members of the public in the case of an accident at the WIPP,” Reddi said.

CEMRC is capable of analyzing and reporting radioactive activity within 48 hours of release, Reddi said.

NMSU’s engineering department has taken steps to promote collaborative research between its scientists and engineers and CEMRC staff, Reddi said.

“Facility upgrades at NMSU and new faculty and programs are expected to result in expanded research opportunities at CEMRC and increased employment opportunities in Carlsbad,” Reddi said.

Reddi said NMSU’s growth may allow the center to conduct research on oil, gas, and mining in collaboration with the university’s Civil Engineering and Chemical and Materials Engineering departments in the future.

“New projects are expected soon in these areas which will benefit the region by bringing more staff to CEMRC,” Reddi said.