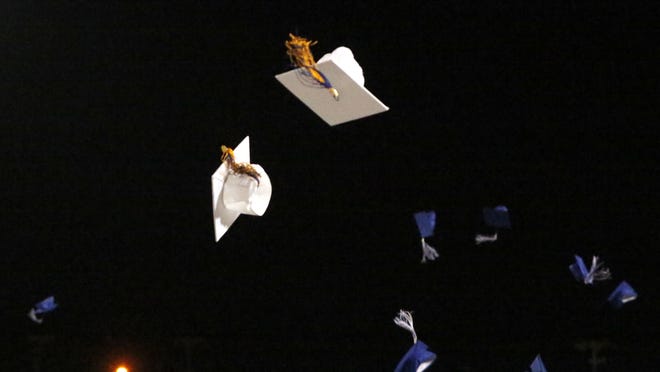 Carlsbad students may no longer have to worry about A’s or F’s on their report card as Carlsbad Municipal Schools planned to do away with traditional letter grades in favor of a “standards-based” system.

The Early Childhood Education Center gave a presentation about how it began implementing the program along with new report cards for its kindergarten students. The new report cards are based on a rubric that scores a child’s assessment with a 1, 2, 3, or E according to the presentation.

Superintendent Dr. Gerry Washburn said during a June 15 school board meeting that the new grading system would be rolled out by grade level allowing the program to grow along with the students.

The program would only apply to elementary schools, and students would begin to transition to a traditional grading system during sixth grade in preparation for high school.

The new grading system uses Educational Software for Guiding Instruction (ESGI) to assess students and monitor their progress. Parents would also be able to access the software and see how their child is doing and what they may need help with. The online assessments would be available in multiple languages and could be accessed remotely or in the classroom according to presenters.

Lynde Longbine, principal of the Early Childhood Education Center said that the program was the result of the COVID-19 pandemic, whose challenges allowed Carlsbad teachers and students to grow.

She said that under the school’s older system teachers took up to two weeks to complete assessments and fill out report cards for a class of about 20 students. The new system would allow teachers to assess students online in just minutes, giving them more one-on-one time in the classroom according to kindergarten teacher, Chelsey Kimbley.

While the new software would automat the process, some things would still need to be done the old-fashioned way. Assessments of behavior or speech would still be conducted by the teacher. In some cases, this would allow teachers to address the specific needs of students that are struggling in these areas according to ECEC’s presentation.

The Early Childhood Education Center planned to hold a back-to-school orientation to show parents how the standard based grading works and how to read the new report cards.

Washburn oversaw standard based grading at the school district where he was previously employed and said he saw its benefits.

“What Standard based report card does is it gives the capacity for you to know how solid a foundation you’ve laid with kids for them to do the stuff they need to do to be able to perform well in high school and graduate,” he said.

Standards based grading systems have become popular in school districts across the country and many more are beginning to implement these programs, he said.

“Most of the teachers that come in from the outside are surprised that we don’t have a standards-based report cards,” Washburn said.

Washburn said he understands some parents may be apprehensive of this new system.

“It’s hard for them to give up A’s and B’s but at the end of the day it’s really whether they master these performance standards that matters,” he said.