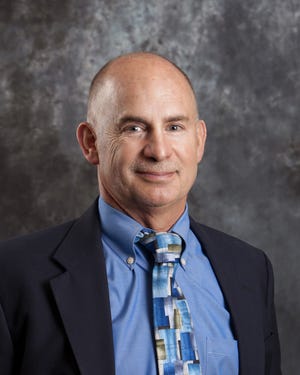 Plomaritis is a graduate of the University of Vermont and earned his medical degree at Boston University School of Medicine. He completed his internship at Boston City Hospital in Boston, Massachusetts, followed by an Orthopedic Residency at the Medical College of Ohio in Toledo, Ohio. With over 30 years of experience, Plomaritis has performed over 2,500 total joint replacements and over 1,500 arthroscopic procedures over the course of his career.

Plomaritis is a member of the medical staff at Carlsbad Medical Center and is accepting new patients at Pecos Valley Orthopedics.

For more information or to request an appointment, please call 575-628-0312 or visit www.PecosValleyDocs.com.

After more than 30 years of service, the Chief of Facility Maintenance for Guadalupe Mountains National Park announced his retirement.

Val Cal retired Feb. 26, 2021 after over 30 years of service as a National Park Ranger. He has spent all the years of his career in the National Park Service at one park, Guadalupe Mountains National Park. A park he claims is the ideal place for him.

Within the park, Cal wore many hats. Starting as a custodial worker, he worked his way up to maintenance mechanic and then went on to supervisory roles. Finally, achieving the Chief of Facility Maintenance position. He has also worked in the park as a wildland firefighter, an emergency medical technician, participated in the Structural Fire Brigade and has even detailed as the park Superintendent.

Cal grew up in Dell City, Texas and has lived in this area of West Texas, near the Guadalupe Mountains all his life.

“There’s lots that’s gone on in 30 years,” he recounted about his job with the National Park Service.

When asked about his greatest accomplishments, he reminisced fondly on how he aided in building the park from the ground up: from creating parking lots at the western sand dunes, to picnic shelters at Frijole Ranch.

He assisted the building of many structures and facilities at the park, like the metal pergola shade structure outside the Visitor Center. “The old wooden panels used to fall on visitors,” he remembered with a chuckle, “but no one was hurt. Sure scared a few.”

Some of his best memories of the park include roaming the trails during the park’s busy autumn season. In the early years, he enjoyed doing interpretation at Pratt Cabin and the Grotto, amidst the brilliant fall colors that the park is known for.

As for his retirement plans, he has a lot of projects planned with his wife, Tina.

“I always loved my job here. I’m not leaving because I’m unhappy. With everything that’s happened in 2020, I just realized it’s time to start a new chapter in my life,” he said.

Jessica Onsurez can be reached at jonsurez[email protected], @JussGREAT on Twitter at by phone at 575-628-5531.