New Mexico legislators and advocates prioritized rights for LGBTQ+ students in recent years, but a recent study shows some areas of the state may lack resources and policies meant to protect them from bullying and discrimination.

LGBTQ+ is an acronym for people who are part of the lesbian, gay, bisexual, transgender or queer, with the “+” symbol representing any communities beyond that, such as intersex or asexual.

According to the Human Rights Campaign (HRC) Foundation’s 10th annual Municipal Equality Index (MEI), published in December 2021, New Mexico got a score of 57 out of 100 in LGBTQ+ equality regarding municipal policies, laws and services. Just 10 points below the national average of 67.

The MEI ranked eight cities across the state with scores ranging from 86 in Albuquerque—the state’s most populous city—to 37 in Gallup—a small city between the Navajo Nation and Zuni reservation.

While Carlsbad was not ranked Sean Harrison, a school counselor at Alta Vista Intermediate School, said he wished there were more resources available for LGBTQ+ youth in the area.

He said some LGBTQ+ students have come to him wanting help with expressing their identity, having access to the bathroom of their preferred gender or another alternative.

Many need help with bullying.

While there are disciplinary measures, Harrison said his role in these situations is to educate students about tolerance and help them understand each other.

“I try to discuss, you know, ‘how would you feel if this was happening to you or someone was saying this to you,’ and kind of try to give them insight into someone else’s perspective,” Harrison said.

Haven Levitt from the Gay, Lesbian & Straight Education Network (GLSEN) New Mexico said the state has it’s own unique policies in place that aim to protect LGBTQ+ students from discrimination.

“New Mexico does have a human rights law that protects against discrimination based on gender identity and sexual orientation, which there aren’t many states that have that,” Levitt said.

In 2019 New Mexico legislators passed the Safe Schools for All Students Act which required schools to enact anti-bullying policies.

The act would address the needs of LGBTQ+ youth who are disproportionately impacted by bullying and harassment, the New Mexico Public Education Department’s bill analysis stated.

The bill defined gender identity and sexual orientation. Levitt said this meant schools were required to make accommodations for students who are transgender such as allowing them to go by their chosen name or pronouns or allowing them to use the restroom of the gender they identify as.

Harrison said he saw students become more accepting over the years and teachers are making an effort to make their classes a safe environment for all students.

“I’ve had a few teachers come to me and say ‘I have a student who was born female and is identifying as this now. How do I handle this?’”  Harrison said.

He said some older teachers struggled to understand but told him they did not want their students to feel alienated, so they made the effort to reach out and learn.

While these policies improved equality for LGBTQ+ students, social acceptance may need time to catch up.

The School Climate for LGBTQ+ Students survey found that 60 percent of LGBTQ+ students experienced discrimination at school in 2019.

The survey also found that the most LGBTQ+ students in New Mexico heard anti-LGBTQ+ or homophobic remarks regularly.

Levitt said GLSEN was not able to conduct the school climate survey in 2020 due to the COVID-19 pandemic but the organization is working to gather more up-to-date information. 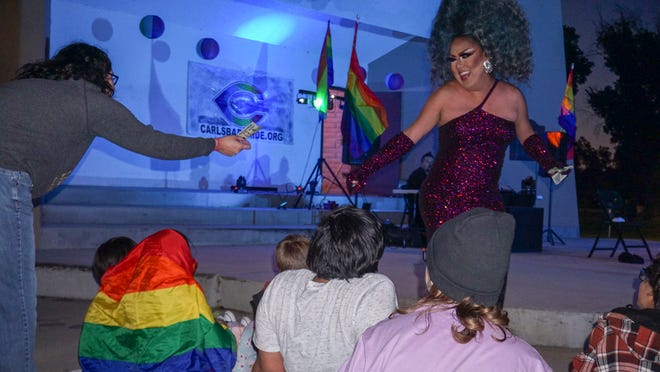 Claudia Silva is a reporter from the UNM Local Reporting Fellowship. She can be reached at [email protected], by phone at 575-361-6793 or on Twitter @thewatchpup.