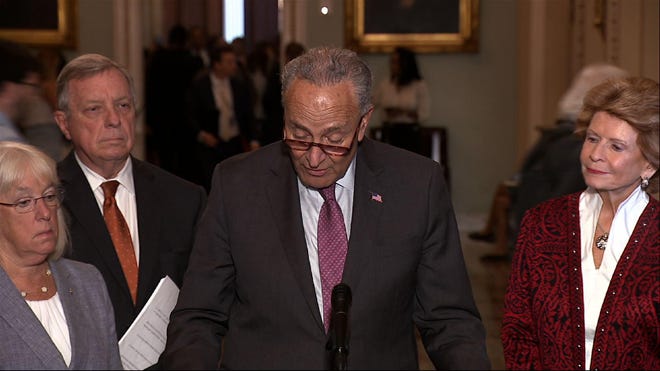 Oil and gas industry leaders from New Mexico and Texas, representing the Permian Basin, maligned efforts by the administration of President Joe Biden they said could stymie oil and gas operations throughout the U.S.

Some representatives of energy companies also worried Congress could impose higher taxes on domestic fossil fuels as it considered a $1.2 trillion infrastructure package that could include such a measure.

Language for the bill was not available as of Tuesday, but groups representing energy companies already began making their case for policy that supported their bottom lines.

The two states’ major oil and gas trade associations collaborated with the American Petroleum Institute (API) to release an economic impact study Tuesday intended to display the importance of oil and gas revenue and argued the industry would play a key role in economic recovery both on state and national levels.

The New Mexico Oil and Gas Association (NMOGA) pointed to $18.8 billion added to the state’s gross domestic product (GDP) by oil and gas in 2019, the year before the U.S. was struck by the COVID-19 pandemic.

The health crisis brought on a year of sinking oil and gas prices and stymied production throughout 2020, but the markets recovered this year as vaccines became widely available.

NMOGA Chairman Leland Gould said the industry was essential to New Mexico’s economy as it hoped to rebuild after COVID-19 and that public policy should support the regrowth of oil and gas production.

“Oil and natural gas are a big part of New Mexico’s economy and will continue to play a leading role in driving our state from recovery to prosperity,” he said. “New Mexico has enormous oil and natural gas potential, and we should continue to make this state a magnet for capital investment and job creation by prioritizing the development of these resources right here in our own backyard.”

Gould said oil and gas in New Mexico contributed to public services like education and infrastructure not only in high-producing regions like the Permian Basin in the southeast corner of the state, but throughout New Mexico.

“People in every community and corner in New Mexico depend on oil and natural gas for daily energy needs and basic government services, and we’re ready to do our jobs to deliver these critical resources,” he said.

“Affordable energy is the basis for our successful recovery,” he said. “What this report reiterates is how important oil and gas production is to oil and gas. That future investment is critical.”

Frank Macchiarola, API senior vice president of policy, economics and regulatory affairs said the main thing standing in the way of oil and gas’ continued growth and support of the U.S. economic recovery was federal policies that could slow domestic energy development and leave the nation more reliant on foreign sources of energy.

He pointed to the halting of the Keystone XL pipeline by the Biden administration after years of public outcry from environmental groups throughout the country.

The U.S. Department of Energy in January also enacted a temporary pause on new federal oil and leases as the DOI conducts a review of its fossil fuel programs.

A full ban on oil and gas as was discussed during Biden’s campaign and last year in Congress, Macchiarola said, would mean loss of employment throughout the U.S. and force the country to import more fossil fuels from other countries.

“With the respect to the revenue from it, this is not just important on the federal level, but at the state level it’s absolutely critically.”

More than half of New Mexico’s oil and gas production occurs on federal land, and the industry makes up about a third of the state’s budget.

Industry leaders argued that no other state could be impacted more by federal energy policy, Gould contended fossil fuels provide up to $2.8 billion to New Mexico with about $1 billion of that revenue being draw from activities on federal land.

“Having access to that federal land is critical,” he said. “It’s quite important to our public schools and first responders to have access to those public lands. That is an uncertainty right now. Companies need to have some encouragement that access will be sustained from the federal government.”

Mitigating environmental concerns was a main focus of the oil and gas industry, both groups argued, with Macchiarola touting API’s “climate action framework” a set of policies the group recommended to government officials focused on support for energy companies in instituting carbon-reducing technologies into extraction operations.

He said the government needs to work closely with industry to develop solutions.

“We believe that balance is important. Any decisions moving forward, industry needs to be involved. We understand the technology,” Gould said. “Science needs to be the driver, not emotions. Science will always be a big factor in finding solutions.”

In Texas, on the eastern side of the Permian, the Texas Oil and Gas Association (TXOGA) reported $411.6 billion added to the state’s GDP by fossil fuels in 2019, making a similar argument for oil- and gas-friendly policy amid the economic recovery.

“Texans understand the essential nature of oil and natural gas and this analysis confirms the indispensable role the industry plays in providing jobs and investment that benefits every community and all Texans,” said TXOGA President Todd Staples.

“As the leaders in domestic energy production, our member companies’ efforts ensure reliable products are available to power modern America and serve as the underlying foundation of Texas public school, university and public infrastructure funding.” 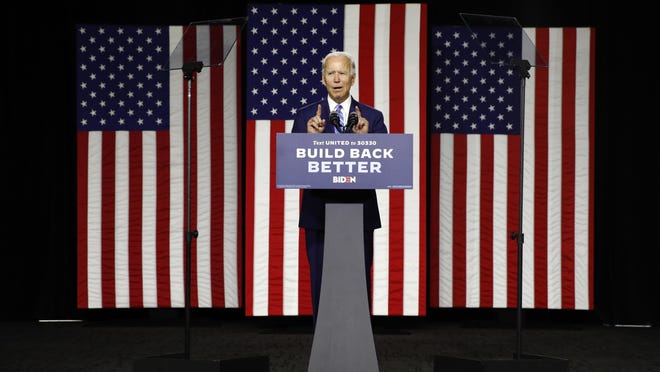