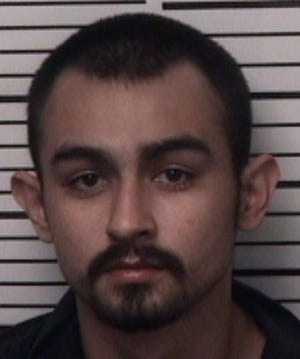 He received a conditional discharge from Gray and was placed on probation for nearly 20 years, per court records.

Carlsbad police arrested Estrada on Nov. 8, 2019 for allegedly defrauding money from another man’s bank account on Nov. 4, 2019 and depositing the money into an account at Eddy Federal Credit Union, according to court records and the Eddy County Detention Center’s website.

Gray ordered Estrada to pay $3,440 in restitution to the defendant, court records stated.

She also sentenced Estrada to three years on the same day for allegedly receiving stolen property and attempting to dispose of it on Feb. 6, 2020, per court records.

More:Carlsbad man gets prison time for lying to police

He pleaded no contest on both counts and received a conditional discharge from Gray, read court records.

Estrada allegedly received a commercial heater, a torch, a solar battery charger and arc welder in February of last year and then tried to dispose of them, per court records.

The sentence runs concurrent with the fraud and theft of identity sentences, court records stated.