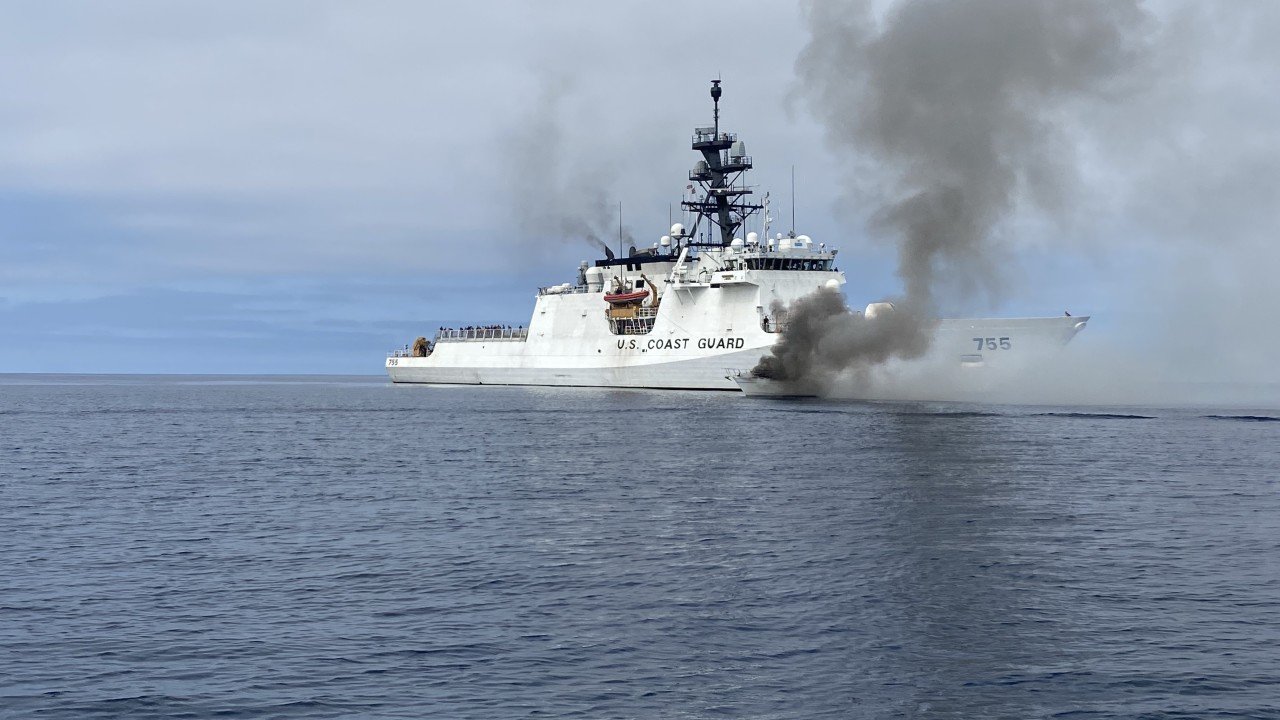 CARLSBAD — The U.S. Coast Guard suspended its search today for a missing boater whose 50-foot pleasure craft became engulfed in flames and sank yesterday off the coast of Carlsbad.

“This morning, I made the decision to suspend the active search for survivors, which is always an extremely difficult one to make,” said Cmdr. Joseph Parker, deputy commander of USCG Sector San Diego.

The owner of the Relentless, who lived aboard the vessel, departed from Oceanside and was headed south when the fire broke out for unknown reasons roughly three miles offshore about 9:30 a.m. Thursday, according to USCG public affairs.

The man was presumed to be the sole occupant of the boat, officials said.

Personnel aboard three Coast Guard cutters battled the blaze while a USCG helicopter crew scanned the ocean for the missing man, whose name has not been released.

Despite the firefighting response, the boat eventually sank in about 1,800 feet of water.

The Coast Guard Cutter Haddock remained at the site of the sinking throughout the night. At daybreak, personnel aboard a USCG MH-60 Jayhawk helicopter searched the area waters again for about an hour.

The federal maritime agency suspended the efforts at 8 a.m. Friday, according to Parker, who stated that “The Coast Guard and our partners extend our deepest condolences to the victim’s family.”