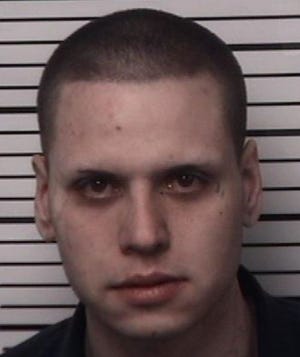 A Carlsbad man already charged with an open count of murder and first degree kidnapping could be facing more charges, according to Assistant Carlsbad Police Chief Jaime Balencia.

Anthony Lee Olivas, 26,  was arrested Sunday night by Carlsbad police and booked into the Eddy County Detention Center on the charges that stemmed from a shooting in the 500 block of South Mesa Street Sunday around 11:30 a.m., Balencia and dispatch records from the Regional Emergency Dispatch Authority (REDA) indicated.

“Through a collaborative investigative effort between the Carlsbad Police Department and the Eddy County Sheriff’s Office, Anthony Olivas was identified as the suspect. An arrest warrant was obtained and at approximately 4:05 p.m. Sunday, Olivas was taken into custody in Loving,” Balencia said in a news release.

More:A man convicted in a 2017 murder was sentenced to six years in prison last month. He was released Friday after serving three years

The victim’s name wasn’t released to the media by Balencia.

“A 48-year old male who had sustained a gunshot wound. Carlsbad EMS responded to the scene and transported the male to the Carlsbad Medical Center where he was later pronounced dead,” he said in the news release.

He said the investigation is active with more charges possibly pending against Olivas and other possible persons of interest.

Anyone who may have further information about this incident should contact the Carlsbad Police Department’s Criminal Investigations Division at 575 885-2111 Ext. 2240, the release noted.