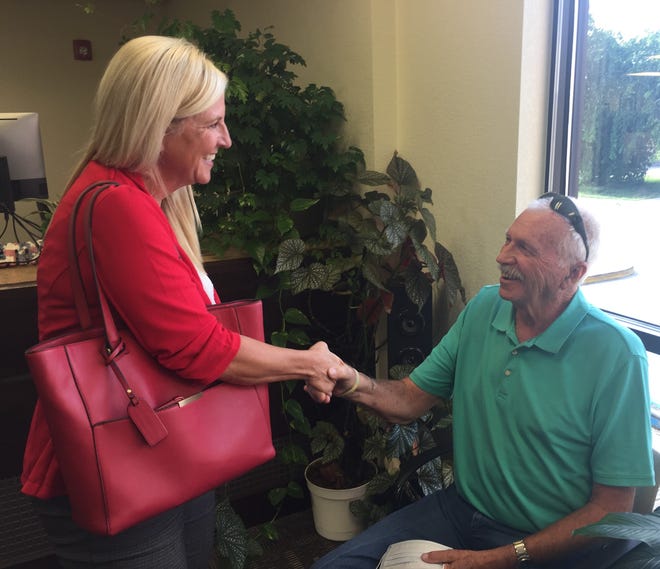 Six residents filed to run for four open seats on the Carlsbad City Council. Two of the positions are contested.

“Carlsbad’s City Council elections used to be in the spring, but we became a part of the Local Election Act (LEA) in 2018, lining our elections up with all others. Election Day will be on Nov. 2, 2021,” said Carlsbad Mayor Dale Janway.

The LEA provides for consolidated local election to be conducted in New Mexico, according to the New Mexico Secretary of State’s website.

Janway said anyone wishing to declare write-in candidacy for City Council races has until Aug. 31 to contact the Eddy County Clerk’s office.

Carlsbad’s Ward 3 City Council seat will have a new name for this first time in nearly a decade as Jason Shirley decided not to seek another term. Shirley was first elected to City Council in 2012. He announced  Aug. 22 on a Facebook post he would not seek a third term on City Council.

“I will be shifting my full attention to my church, Word of Life, which has always been the number one priority,” Shirley stated on social media.

He said he absolutely loved Carlsbad believed the greatest asset was its people.

“I truly believe that our best days are ahead of us. This is a critical time in the history of our City but I believe that I am leaving it in good hands,” Shirley said.

While Shirley announced intentions not to seek another term before Tuesday’s filing deadline. Ward 3 residents will not be selecting a stranger as former Eddy County Magistrate Judge Dick Van Dyk and former Carlsbad MainStreet Director Karla Hamel will seek votes for the central Carlsbad district.

Van Dyk spent eight years as a judge and that experience could help if elected later this year.

“People, problems and being able to resolve those problems,” Van Dyk said when asked what could translate from the court system to the city government stage.

Hamel said experience as MainStreet manager would translate to other sections of Carlsbad.

More:Eddy County candidates for local office: Here’s who’ll be on the ballot in November

No one filed to run against Ward 1 incumbent Edward Rodriguez and Ward 4 incumbent Mark Walterscheid Tuesday.

City Clerk Nadine Mireles said Rodriguez was seeking a second term to the district that runs from south Carlsbad to central Carlsbad.

Rodriguez was appointed in 2015 to finish out the remainder of Nick Salcido’s term. Salcido died while in office.

Rodriguez sought the seat during 2016’s municipal election and won.

More:City of Carlsbad update: Date to file for local elections is nearing

Walterscheid seeks a second term in Ward 4 after winning the seat in 2018.

He was born and raised in Carlsbad and serves a district that covers portions of southern, eastern, and northern Carlsbad.

The Ward 2 incumbent faces a member of a well-known Carlsbad family.

Leo Estrada seeks a second term after reelection in 2018. He was appointed in 2016 to finish out the term of Sandra Nunley who resigned.

Jeffrey Forrest is a Carlsbad native and manages the Forrest Tire family business.

According to the Forrest Tire website, the City Council candidate has managed the Carlsbad location since 2011. He graduated from Carlsbad High School in 2005 and four years later graduated from Arizona State University.

More:City of Carlsbad update: Local elections to be held in November