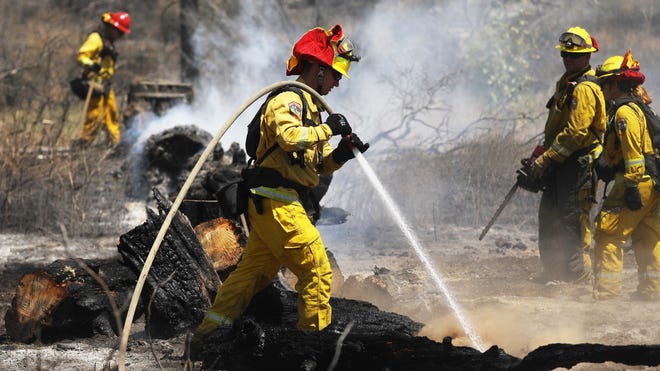 The latest communications technology could help the City of Carlsbad Fire Department during firefighting and emergency operations.

Carlsbad City Councilor’s Sept. 14 approved a $30,000 grant from the New Mexico Department of Finance and Administration (DFA) for a new communications facepiece device from 3M Scott Fire and Safety.

The 2021 New Mexico Legislature made an appropriation to DFA allotting the funds to the City of Carlsbad, read the grant agreement between the City and the State.

“This will give the firefighters a way to communicate with each other more clearly face-to-face or via radio while fighting fires in full gear,” he wrote in a memo to City Council.

He said the new facepiece has a voice amplifier and Bluetooth wireless technology allowing firefighters to talk to each other at any fire or emergency scene.

According to the 3M Scott website, the facepiece has design features for improved comfort, fit and performance.

“For industrial workers, firefighters and hazmat teams,” read the website.

“(The) fully open front portal enables easy communication and breathing without any obstruction while on air,” stated the website description.

The facepieces offered optional electronics communications systems to meet different needs of those that use them, the website indicated.

More:Battle of the Badges held in Carlsbad

In the memo, Lopez said firefighters often have difficulty communicating through a mask and the new devices would assist in better communications while personnel are on a scene.

“We’ll be fully equipped. These are going to help us a lot,” he said.

Lopez said the new facepieces could arrive in Carlsbad in the next three to four weeks.

“Communication is always important when it comes to our first responders, because even a lost second can make a difference,” said Carlsbad Mayor Dale Janway.

“We’re very pleased to have received this grant to help ensure that our firefighters have the best equipment that we are able to obtain.”